I stand by the 30-35% growth guidelines for FY19: Anoop Kumar Mittal, NBCC

Anoop Kumar Mittal, Chairman and Managing Director, NBCC, spoke about his expectations from the company in upcoming quarters and also provided his outlook for EPC & PMC segment during an interview with Swati Khandelwal, Zee Business. 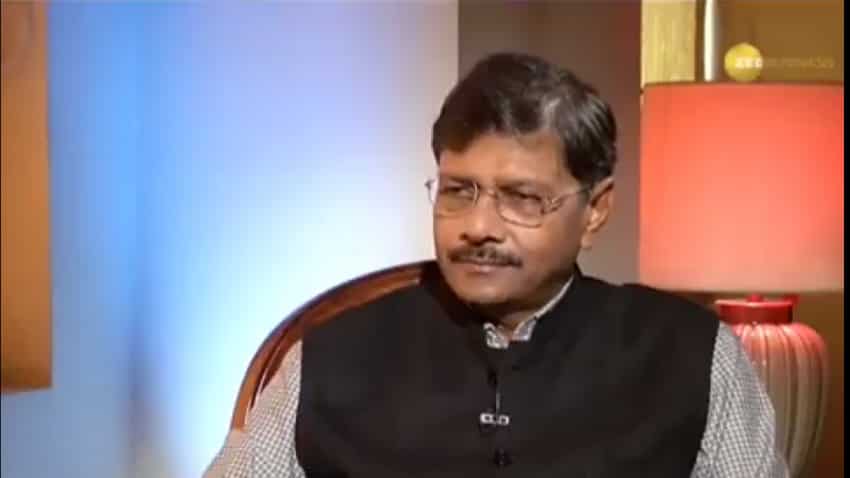 The government has allotted two land parcels of around Rs 10,000 crore to NBCC and they belong to Air India: Anoop Kumar Mittal. Image source: Zee Business

Anoop Kumar Mittal, Chairman and Managing Director, NBCC, spoke about his expectations from the company in upcoming quarters and also provided his outlook for EPC & PMC segment during an interview with Swati Khandelwal, Zee Business. Edited Excerpts:

Q: NBCC is a company with a strong order book and has reported strong numbers for the quarter. But shareholders have a complain and it is related to shares of the company which is not performing as per their expectations?
A: Perhaps shareholders expect more from us, NBCC, and we are not able to meet with their expectations. But will try to fulfil their expectations in coming quarters with a hope that they will perform better than their expectations. The main reason for the problem is that the huge order book of around Rs80,000-90,000 crore - like redevelopment projects in Delhi and Kidwai Nagar -  is not fetching revenues to the company. This is happening due to the time that is spent while taking approvals to go ahead with the projects.

There are chances (80-90%) that the project will start paying off - in form of revenues - from the day it is turned on. Our projects at Pragati Maidan and Kidwai Nagar are an example to it.

Besides, the company is marching ahead with a vision to increase its revenues and confidence of the shareholders. In the process, we want to establish the company by strengthening its pillars - like redevelopment project, project management, consolidation and governance - that is a challenge for every company engaged in construction work. I hope that you will be able to see the changes and improvements at NBCC during our next meet.

Q: What was the performance of the PMC and EMC segment of NBCC? What is your outlook on their performance and do you think that NBCC will be able to meet the targets of its FY19?
A: When it comes to EPC than I have been saying that it hardly works, in fact, it has a contribution of 1-2% and that's why we don't pursue it a lot. Primarily, it is a PMC company, which has performed well in the quarter as number wise it grew by around 40% and PAT increased by 15-16%. We stand by the guidance that says that there will be a revenue growth of 35-35%. In addition, there will be a growth in the bottom line.

Q: NBCC has been allocated with land parcels of certain PSUs. What is the estimated size of those land parcels and let us know about the time of action on them?
A: The government has allotted two land parcels of around Rs 10,000 crore to NBCC and they belong to Air India. They are located at Baba Kharag Singh Marg, Connaught Place and Vasant Vihar in the national Capital. Hopefully, both projects will come to the ground till March end and we will be able to reap revenue benefits from it in the next fiscal year.

Besides, we are in the discussion phase with few more public sector companies but can't provide details related to it. But, serious talks on the redevelopment of railway stations and colonies are on.

Q: Will you bid for Jaypee Infra? Let us know about the number of projects related to Amrapali group and timeline of their completion?
A:Tenders for the redevelopment of 10 projects of Amrapali has been floated and rest six tenders will be floated in next one month. In addition, we hope that the court will announce its decision on the redevelopment of the project by January 2019, which will enable us to hand over the houses to 40,000-50,000 home buyers by end of the year.

NBCC has submitted its Expression of Interest to revive Jaypee Infratech, which has many stuck housing projects. Besides, the company is expanding its portfolio in land and redevelopment projects and this is a reason for the bid. Let NCLT decide and rest will depend on the committee of creditors as it is the body that will choose the company for the redevelopment of the project. But, I would like to pass on a message through the channel and you that if we are selected for the project than we will try our best to handover the homes to its buyers at the earliest.

Q: Did you had any discussion on buyback or disinvestment with the government, if yes, then what is the development in the segment?
A: The government has diluted 27% of its stakes in NBCC and is bringing certain per cent of ETF for dilution. Apart from this, we are aware of any further disinvestment or buyback plans of the government.