Swamy takes over at a time when ASCI has been  in  the  centre  of controversy with Patanjali, which has now been dragged to High Court. 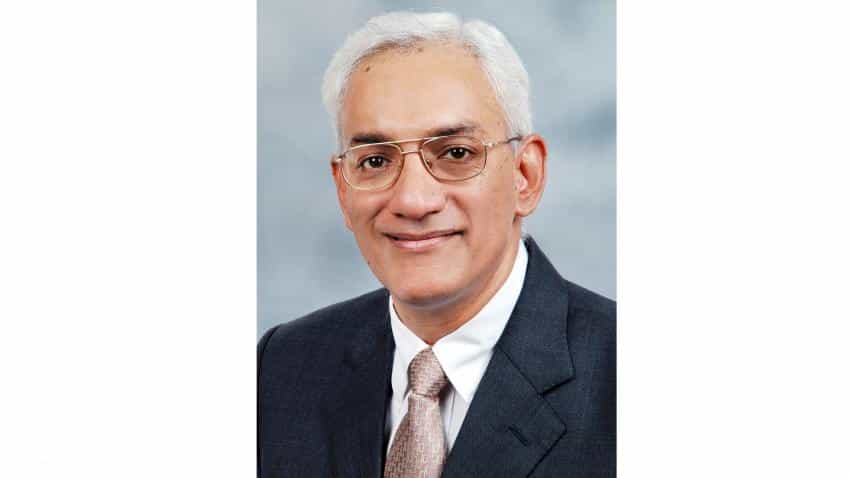 The Advertising Standards Council of India (ASCI) recently appointed Srinivasan K Swamy, Chairman and Managing Director of R K Swamy BBDO as the new Chairman of the advertising watchdog. As a member of the Board of Governors for close to ten years, he has been an advertising professional for nearly four decades and has provided active support to Self-Regulation.

Swamy takes over at a time when ASCI has been in the centre of controversy with Patanjali, which has now been dragged to High Court. The Baba Ramdev-led brand has questioned ASCI’s interference and even suggested it allegedly doing the bidding of large multi-national companies to try to put it off track. This was all after ASCI cautioned it several times for its misleading ads.

Swamy in an interview with the Zeebiz team spoke regarding his role at this time, the Patanjali case and governments support.

What do you look to bring to the table as the new Chairman of ASCI?

ASCI is 30 years old and is a mature organization. There are good people running it in the Secretariat and there is a strong Board of Governors to guide ASCI through. The role of ASCI is well known to the advertisers, agencies and media, particularly the larger ones, since ASCI's decision on "offending or misleading ads" could have affected running of their campaigns. Also we have National Advertising Monitoring Service (NAMS) which tracks advertising of all major advertised categories. And then we have the Department of Consumer Affairs portal "Grievances Against Misleading Advertisements" where consumers directly register complaints which is passed to ASCI for adjudication. Similarly, Food Safety and Standards Authority of India has an arrangement with ASCI to deal with ads considered misleading for adjudication. We are in discussions with AYUSH Ministry also on the same basis. Our concern today is not how to get more complaints but to see that the adjudication process is done faster and for people to recognize the fairness with which this is handled without fear or favor. Very few seem to know that ASCI Board of Governors have little to do in determining if an ad is misleading or offensive. It is the Consumer Complaints Council (CCC) which does that. CCC is an independent body comprising members from civil society and they constitute the majority; members who are consumer activists, educationists, doctors, lawyers etc. The decision on the complained ads are therefore principally determined by these people with consumer interests. I think this aspect must be brought to the fore and internalized by the industry.

What do you think are the problems ASCI is currently is facing? How do plan to solve them?

There is no problem as such that ASCI is facing. Our good work is appreciated by the Government and bulk of the advertisers and agencies.

With Patanjali taking ASCI to the High Court for pulling up its ads, what is the next step of action you will take as the Chairman?

First and foremost, ASCI does not pull up anyone. We are a recommendatory body. We determine whether an ad complained against is indeed misleading or offensive and put the decision on our website and distribute through a press release, whether the complaint received is upheld or not upheld. We will continue to do this. As a democratic country if someone goes to Court we will meet them there to defend our right to adjudicate against any reported ad. We owe this to our consumers who need honest, truthful and unoffending advertisements.

What would be the impact on ASCI if it Patanjali was to win the case in the High Court?

I am sure life will go on irrespective of the outcome. We will continue to do what we believe is right.

Do you fear that ASCI could lose its authority as the advertising watchdog as a result of brands such as Patanjali and others defying its orders?

The Government is supporting us. We do believe we will get some legal backing through the Consumer Protection Act that is in the process of being amended.

What is the jurisdiction currently of ASCI? How can it be strengthened?

ASCI is a NGO. It has no legal jurisdiction. The amendment to Consumer Protection Act could provide solution in some manner, we would think.

ASCI has been criticized by the courts several times for interference with non-members (eg. March 2015 by Bombay High Court), do you think it is overstepping its jurisdiction at times?

You are referring to some interim orders. The final judgements have not come. I have already mentioned that we have no legal jurisdiction. We are recommendatory only, and we seek voluntary compliance.

Why does ASCI regulate all ads including print, cinema, radio, hoardings, etc. when it has only been given the authority to regulate television ads as per the amendment made in Cable Television Network Act, 1994?

TV Channels if they run ads that violate ASCI code could get into trouble. Ads in other media could lead to Government's taking action against the advertisers if the Government so decides.

Do you think the government has been slow in recognizing ASCI as a regulatory body and giving it more authority?

ASCI codes have found its place in the rules framed under the Cable Television Network Act 22 years ago. I am sure more will come.

How does ASCI select members on the Consumer Complaints Council (CCC)?

The Board evaluates possible candidates and ensures that different categories of civil society members are represented in CCC so that no bias seeps in when the ads are adjudicated.