"Now there are venture capitalists investing in teams. They are buying high-end accessories. They go into minute details of every  accessories ," he said. 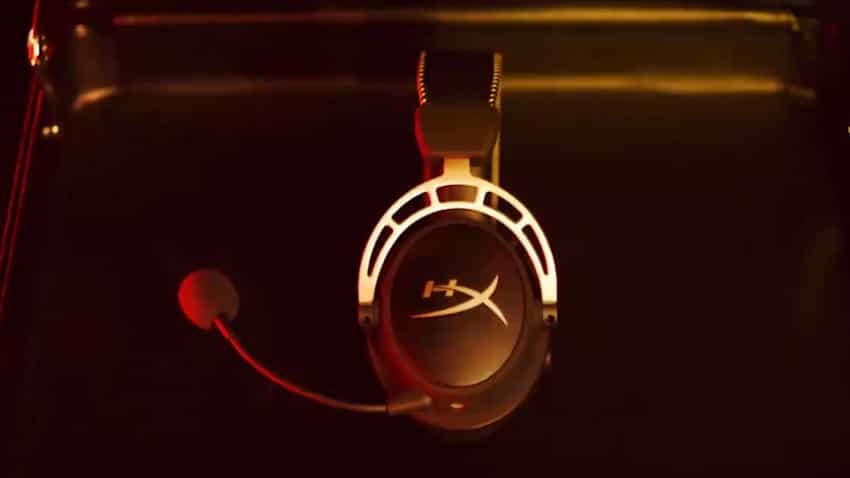 HyperX is expecting to increase its sales volume in India by two times on account of thriving gaming industry, Photo: hyperxgaming.com
Written By: PTI
RELATED NEWS

IT accessories firm HyperX is expecting to increase its sales volume in India by two times on account of thriving gaming industry in the country, a top company official has said. "This year we expect to grow our sales, if not 100 per cent, at least closer to that in terms of volume," HyperX India director for marketing Vishal Parekh told PTI.

The gaming ecosystem in India is now maturing with the number of tournaments increasing and gaming cafes coming up, he added.

"First phase of investment was awareness. We gave experience of products. Now we are talking about business. These things have happened in other parts of the world and now it is happening in India," Parekh noted.

India's digital gaming industry ecosystem is expected to touch around USD 1 billion, of which e-sports, serious full-time gaming ecosystem will be to the tune of around USD 700 million, according to Parekh.

"Now there are venture capitalists investing in teams. They are buying high-end accessories. They go into minute details of every accessories," he said.

In shooting games, Parekh said, professionals have complaint that they hear gunshots with some lag and they lose, and sometimes keys in keyboard get stuck in non-gaming accessories.

"Accordingly headsets have to be designed, mechanical keyboards have to be developed ... To suit needs of professional gamers. Now the demand has started coming in. Two-three years back, price pool in Indian e-sport tournaments used to be maximum of Rs 20 lakh. In 2018, it reached Rs 1 crore," Parekh said.

According to him, 9-10 per cent of gamers in India have started paying through in-app purchase for buying gaming accessories which was not a practice in the country earlier.

"In the last 3-4 years, over 200 gaming cafes have come up. In a year, we expect to see over 100 new gaming cafes coming up in India and each one will have 30-50 seats capacity. Now people are also looking gaming as a career option which is fuelling the growth," Parekh said.