HSBC plans to add about 1,000 new employees to China unit in 2017, mostly in Pearl River Delta

HSBC has plans to add as many as 1,000 new employees to its Chinese retail banking and wealth management arm in 2017 with most of them in the Pearl River Delta. 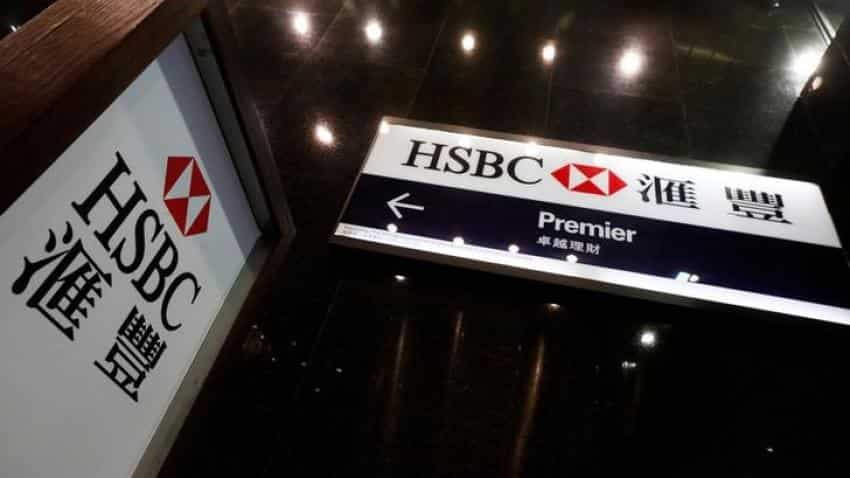 Logos of HSBC are displayed at a major branch at the financial Central district in Hong Kong. Image Source: Reuters
Written By: Reuters
RELATED NEWS

HSBC plans to add as many as 1,000 new employees to its Chinese retail banking and wealth management arm this year, the business`s regional head said, most of them in the Pearl River Delta, the heart of the bank`s growth strategy in China.

If that target is hit, the new additions will mean HSBC will have hired twice as many people as it did last year for this part of the business. They will join an existing team for this unit of 2,400 employees in the world`s second-largest economy.

HSBC has made the southern Pearl River Delta region - home to 11 industrial cities that are set to fuse into one megalopolis - its focus in China, betting on its growth and its own Hong Kong heritage.

This region already has an economy larger than Indonesia`s and is shifting from a manufacturing base to a tech powerhouse.

But since the strategy to reinvigorate profit growth after years of restructuring was announced in 2015, China`s economic growth has slowed, delaying the bank`s plans. HSBC makes more than half of its profit in Asia, the bulk of it in Hong Kong and China.

ALSO READ: HSBC to shift staff from Britain to Paris after Brexit

"As of this point, we are very pleased with the progress in the Pearl River Delta. We certainly aren`t taking any backward steps," Kevin Martin, HSBC`s Asia Pacific head of retail banking and wealth management, told Reuters.

"We have done a lot of things in the Pearl River Delta ... It remains one of the key opportunities for us."

Of the total 2,400 staff for retail and wealth management in China, about 800 are in the Pearl River Delta, the bank said, adding 60% of the hiring last year was for the southern region that counts Shenzhen and Guangzhou among its biggest cities.

HSBC Group Finance Director Iain Mackay said last month the bank`s operating profit in China in 2016 was about $200 million lower than the previous year. That was mainly due to investments to grow the Pearl River Delta business and in financial-crime risk-management standards in China, he said.

The bank`s outgoing top management campaigned heavily to promote the region and its role in HSBC`s China strategy.

Chief Executive Stuart Gulliver, took analysts and investors on a tour of its operations there a year ago, promoting the region`s role as a gateway to tech businesses like Alibaba Group Holding and Tencent Holdings as well as new start-ups.

Although investors have supported the plan, there has been increasing concern over the last few months about risks the lender faces in its Asia "pivot" strategy, due to the sluggish pace of China`s economic recovery and the patchy pace of development in the Pearl River Delta.

Some sectors have struggled in the face of falling exports and tighter credit conditions.

Gulliver said in February 2016 that the bank, which is facing downward pressure on its revenue in 2017 due to regulatory costs and lower rates in Britain, planned to hire 4,000 new staff in the region over five years instead of its initial three-year target.

But Martin brushed aside concerns that HSBC`s investment could be scaled back as China`s economic growth slows, saying the bank remained committed to the region.

HSBC`s newly appointed chairman, Mark Tucker, has also had an intense focus on Asia, most recently as head of insurer AIA Group.

"We will see and we have seen it already even at 6.5% growth rate, (there is) massive underlying growth for China," Martin said. "Clearly there`s real upside on that for us."