HPCL continues not to recognise ONGC as promoter; to face real test in selection of directors 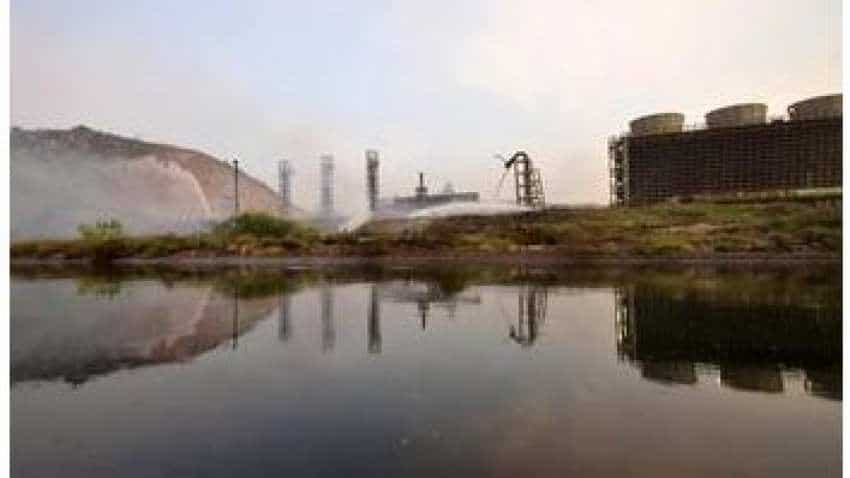 LPG Cylinder charges: NO need to PAY delivery fee, HPCL says; What to do if delivery man or gas distributor insists on payment

Hindustan Petroleum Corp Ltd (HPCL) has for the fifth consecutive quarter listed its majority shareholder ONGC as a public shareholder and not its promoter, but it will face a real test when the vacant posts of directors on the company board are filled. Oil and Natural Gas Corp (ONGC) in January last year bought the government's entire 51.11 per cent stake in HPCL for Rs 36,915 crore. HPCL thereafter became its subsidiary but HPCL management has continuously refused to recognise ONGC as its promoter. In a regulatory filing on shareholding pattern at the end of March quarter, HPCL on April 18 listed "President of India" as its promoter with "zero" per cent shareholding. ONGC was listed as "public shareholder", owning "77.88 crores" shares or "51.11 per cent" shareholding of the company.

Sources said HPCL may be taking shield of technicalities to not list ONGC as its promoter but it will face a real test when interviews to fill the post of Director (Finance) are conducted. The chairman of ONGC, as a result of the company being the holding company of HPCL, should by rules be on the interview panel to select the directors and that would in a way end all the wrangling over promoter issue, they said.

HPCL Director (Finance) J Ramaswamy retired on February 28 but interviews for the post haven't been done yet by the government headhunter Public Enterprise Selection Board (PESB). For selecting a director of a company where the government or its controlled company has more than 50 per cent stake, a PESB panel holders interview from among shortlisted candidates. The panel is assisted by the Secretary of the administrative ministry and the chairman of the company concerned.

The Department of Personnel guidelines state "in the case of subsidiaries, the full-time Chairman of the holding Company is invited to assist the Board." Sources said going by these guidelines, ONGC Chairman and Managing Director Shashi Shanker should sit on the interview panel to select HPCL Director (Finance). They said Coal India Ltd governance structure, which the HPCL management has so often cited, clearly provides for the holding company chairman to sit on the panel for selecting directors of subsidiary companies.

Sources said the government had earlier this year asked HPCL to add ONGC as its co-promoter but the oil refining company sought to delay it by seeking further clarifications. While the promoter tag does not bring any specific privileges to ONGC, a lack of it keeps it out of insider trading regulations as it get full agenda of every board meeting of HPCL and can be aware of price sensitive information.

ONGC, which had to borrow Rs 24,876 crore for the acquisition that helped the government meet its disinvestment target for the 2017-18 fiscal, first raised the issue of being formally recognised as a promoter of HPCL in August last year.

After ONGC bought out government stake, HPCL became its subsidiary. Since ONGC takeover in January 2018, HPCL has made five stock exchange filings about the shareholding pattern of the company -- the first on April 20, 2018, then on July 12, 2018, then on October 19, 2018, then on January 21, 2019 and finally on April 18, 2019. In all four, ONGC is shown as the public shareholder and President of India listed as the promoter.

According to the Securities and Exchange Board of India's rules, the entity that owns the controlling stake should be listed as promoter even if it was not the original promoter of the company.
When Indian Oil Corporation (IOC) had bought the government's stake in fuel retailer IBP Co Ltd, it was listed as the latter's promoter in every instance after the deal. The same was the case when IOC acquired a majority stake in Chennai Petroleum Corp Ltd (CPCL).

Since acquiring a majority stake in HPCL, ONGC has only been able to appoint one director to that firm's board.

LPG Cylinder charges: NO need to PAY delivery fee, HPCL says; What to do if delivery man or gas distributor insists on payment