Reliance Jio has increased data consumption on the back of free services but the cost of data packs continue to remain low. One year of Reliance Jio has changed the telecom industry in many ways. 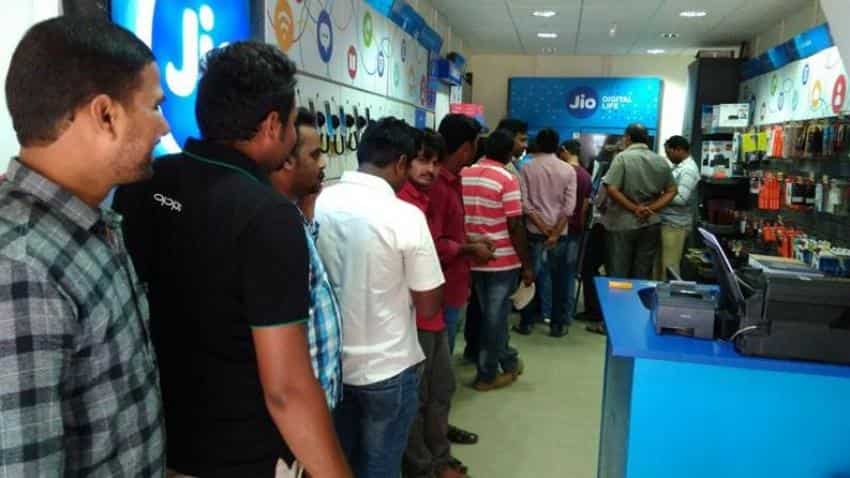 A year to the date when Reliance Jio launched its digital services and India’s telecom industry has gone through some cringe worthy moments.

But unlike the telecom operators who are dealing with a new episode of ‘Who moved my cheese?’ its subscribers have made merry. Data packs now begin at a never before thought of price of below Rs 20.

And the operator that started it all – Jio.

Counterpoints to this argument of Ambani that has been repeated on more than one occasion was that increasing data consumption on the back of free services was a cakewalk for the disruptor as it started charging for its services only after 175 days of being in the market.

Still data packs continue to be affordable in comparison to a year ago.

“Tariffs have become much more affordable having gone from between Rs 250 - Rs 4000 per GB at the time of Jio launch to less than Rs 50 per GB currently,” Jio said.

Jio launched its services on September 5, 2016 with its ‘Welcome offer’ that gave users access to unlimited LTE data and national voice, video and messaging services along with the full bouquet of Jio applications and content, free of cost up to 31 December, 2016.

Only 1% of Indians spent more than Rs 800 on monthly tariff plans. Majority of them were in the Rs 50-150 category, an ICRA report dated March 21 showed.

This was exactly the audience that Jio aimed to capture.

Now, one year later, Jio has emerged as a market leader in broadband services capturing over 41% of the market. “With over 100,000 sites, backed by state-of-the-art, all IP network, LTE spectrum across 800MHz, 1800MHz and 2300MHz bands, and largest fiber footprint, Jio has the widest LTE coverage in India than any other telecom player,” Jio said.

However it still has a long way to go in the wireless telecom subscriber market, where India’s largest telecom operator – Bharti Airtel still holds 23.65% share. As on June 30, 2017 Jio held only 10.39% of this market, as per TRAI data.

And what may you ask they are doing with this data? Streaming videos online, mainly in regional languages, as per a CRISIL report dated July 25 on mobile data usage in India.

“More than 100 crore GB data per month. Jio is already carrying five times more data than all other telecom players put together in India. Streaming video in excess of 165 crore hours per month,” Jio said.

As on August 31, 2017, Jio claimed to have 15.4 crore broadband subscribers. However it has yet to tackle the problem of active subscribers which have been declining month on month of its network. 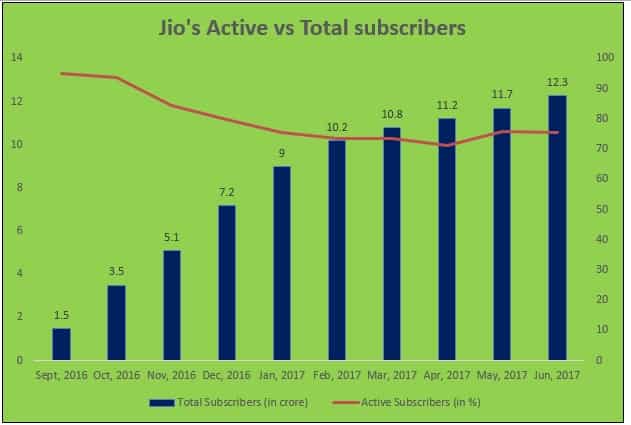 Instead of buying two separate recharge packs – one for data and one for voice, Jio that offers voice calls free started propagating the sale of bundled data packs.

Now with its 4G VoLTE JioPhone the operator is attempting to increase spending and data consumption in rural India that use over 50 crore feature phones.

With its pre-booking being suspended on high demand, Jio is rumoured to have 60 lakh customers already waiting in line for its new phone. Jio has now woken up handset making giants to up their game when it comes to feature phones.