A survey conducted by TRAI in the regions of Karnataka, Delhi and MP showed the Quality of Service of all telcos in India. 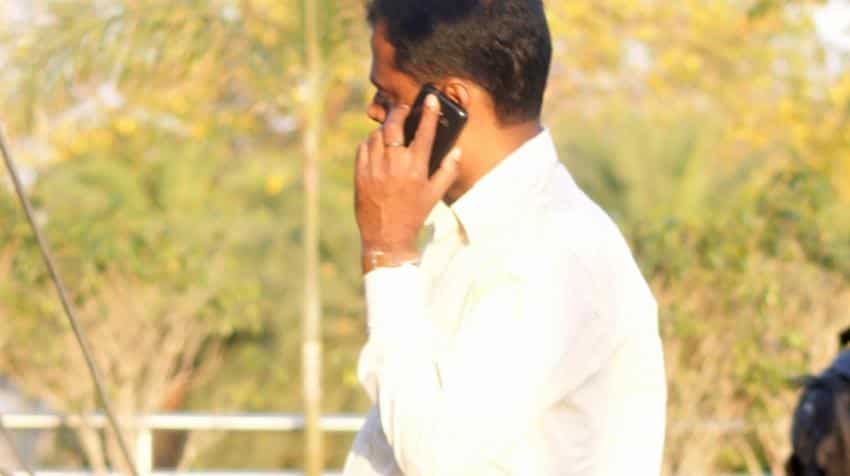 Number of successful calls in MP were only 11.7% of the total calls made whereas in Delhi and Karnataka this rate was even lower at 8.7% and 7.4% respectively. Image Source: IANS
Written By: ZeeBiz WebTeam
RELATED NEWS

Indian customers are not satisfied with telecom operators’ service, a survey by Telecom Regulatory Authority of India (TRAI) revealed on Tuesday.

Through an interactive voice response system (IVRS) TRAI conducted a survey in the regions of Delhi-NCR, Karnataka and Madhya Pradesh in the month of February.

“The survey shows that none of the service providers have met the Quality of Service benchmarks for the five prescribed parameters for which customer perception of service is assessed,” the report said.

Customers were asked questions on seven parameters on which their perception of telcos service was assessed against the benchmarks such as satisfaction with provision of service, billing performance, network performance, reliability and availability, maintainability, supplementary and value added service, help services, overall service quality.

The benchmark of each parameter ranged above 90% mark which none of the operators fulfilled, the report showed.

“The above Table shows that more than 50% customers are dissatisfied with the services provided in these service areas, except for DND registration in all LSAs, voice quality in Karnataka and Mobile Number Portability in Madhya Pradesh. The worst dissatisfaction is in the two areas of Data Speed and network, signal and coverage,” the report said. 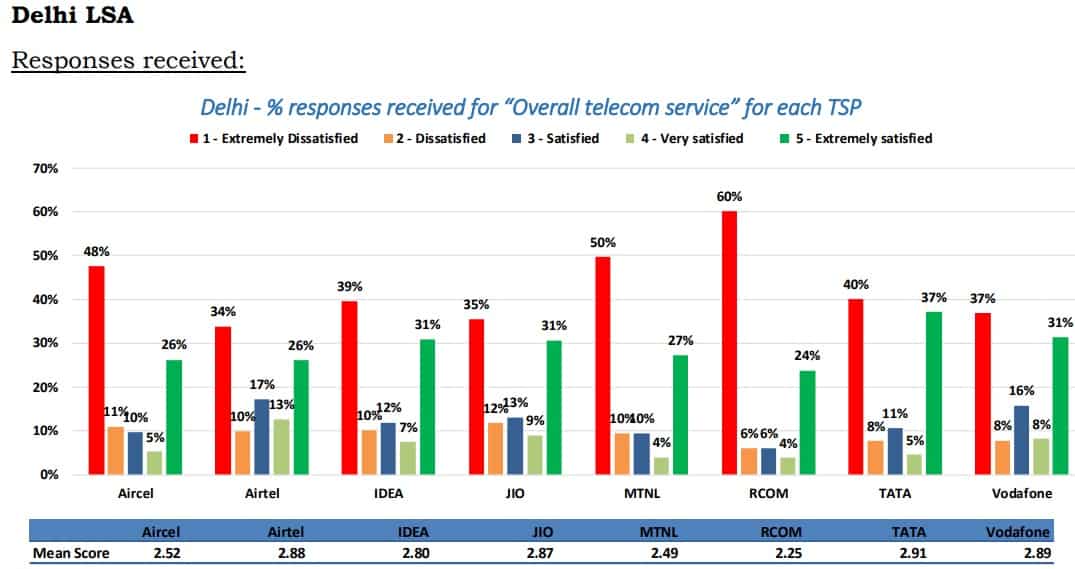 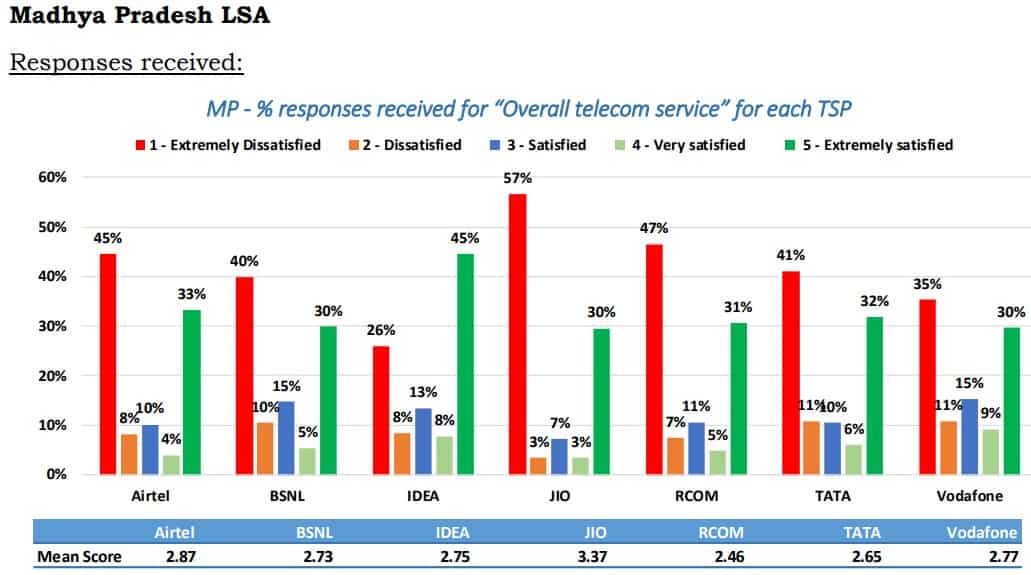 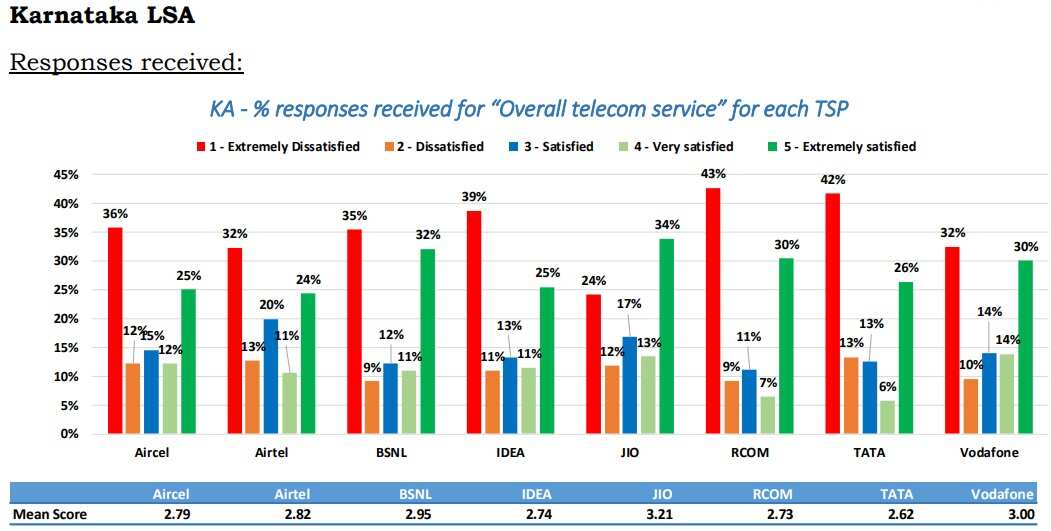 In the matter of data services, Jio, Airtel, Vodafone and Idea ranked scored an average score in all three areas.

However, for ‘Call Charges made by operator’ the telcos had lowest scores in different regions.

Number of successful calls in MP were only 11.7% of the total calls made whereas in Delhi and Karnataka this rate was even lower at 8.7% and 7.4% respectively.