As chorus in India grows to safeguard key defence installations and organisations from nation-state cyber criminals, IBM with its enterprise-grade security solutions is ready to partner the government on cyber-proofing sensitive data on Cloud. 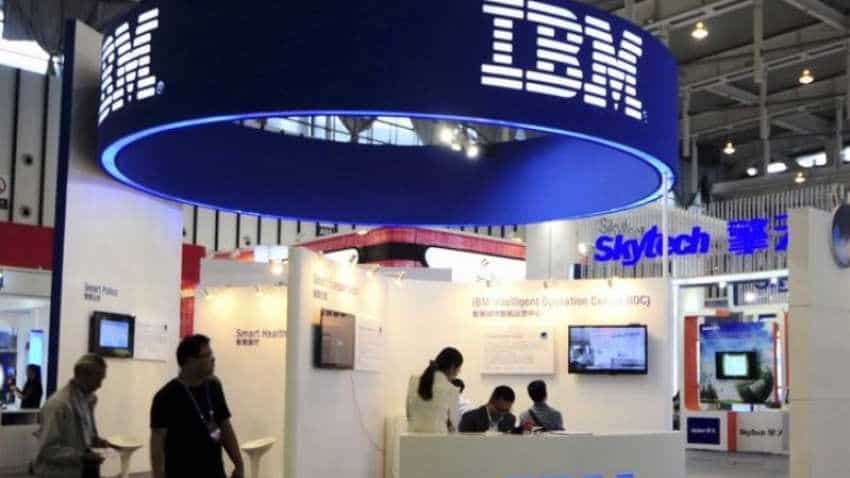 As chorus in India grows to safeguard key defence installations and organisations from nation-state cyber criminals, IBM with its enterprise-grade security solutions is ready to partner the government on cyber-proofing sensitive data on Cloud. According to Vikas Arora, IBM Cloud and Cognitive Software Leader, IBM India/South Asia, the company is ready with a very comprehensive portfolio of products that provides end-to-end security.

"We already provide a lot of security relations to both the enterprises and the government. We are more than willing to partner with enterprises and government on the security initiatives," Arora told IANS. A new IBM-Ponemon Institute study last week revealed that nearly 79 per cent of Indian firms do not have a computer security incident response plan (CSIRP) in place that is applied consistently across operations.

In the past two years, 51 per cent of Indian organisations surveyed experienced a data breach and 56 per cent experienced a cyber-security incident. "Security is no longer an IT issue. It`s an issue that is being discussed, deliberated and reviewed at the board level. This is because the time it takes to resolve a cyber-attack incident has gone up in India. The cost of an incident has also gone up in India," the IBM Executive emphasised.
Watch Zee Business Live here:

While studies show that companies who can respond quickly and efficiently to contain a cyber-attack within 30 days save over $1 million on the total cost of a data breach on average, shortfalls in proper cyber-security incident response planning have remained consistent for several years. IBM has cyber ranges of its own that simulates incidents to better prepare for a quick and efficient response. "The focus of IBM cyber ranges is to create environment, scenarios and use cases to essentially better prepare organisations to deal with situations they have to respond to," noted Arora.

Not just the government, industries across the spectrum - retail, banking automotive, telecom, manufacturing - are aiming to have a secure environment when it comes to both security and application of cognitive technologies like Artificial Intelligence (AI) and Machine Learning (ML) in perceiving real-time cyber threats. According to a recent report by the New Delhi-based Vivekananda International Foundation (VIF), India also urgently requires to enhance the cyber capabilities of its armed forces, including the operationalisation of a Defence Cyber Agency. "Whenever there is a security incident, it is not just responding it from the technology perspective. There is a PR response, there is a marketing response, there is obviously a senior-level executive response and there is a legal response.

"Our cyber ranges keep all these in mind as we prepare enterprises to gauge internal and external threat intelligence and mitigate cyber threats," said Arora. Global professional services firm EY early this year announced the launch of advanced Security Operations Centres (SOCs) in India along with IBM. Part of EY`s Managed Services offerings and powered by IBM`s "QRadar" platform, these SOCs are designed to detect, respond and address advanced cyber-attacks and risks. "This combination will help EY customers secure their organisations more effectively," said Arora.