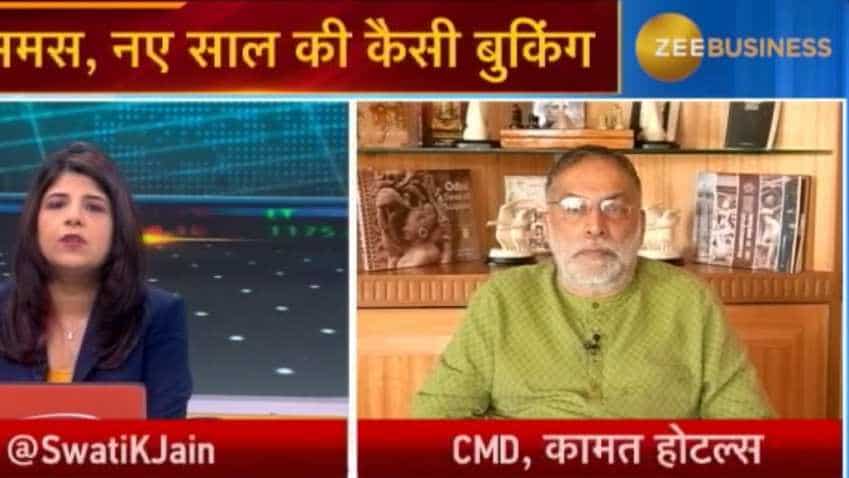 How much revenue growth do you expect in the ongoing H2FY20 as compared to H1FY20?
The second half (H2) of the year will be better than the first half. I think we will grow by 7-8% in H2 because the environment has improved and there is an increase in domestic and corporate tourism. Thus, I expect there will be 8-10% growth in our revenue.

What level of occupancy rate and average room rate that is expected in the ongoing peak season of Q3FY20?
Our average rate which stood at Rs7,000/room has increased to Rs7475/room. Thus, the ARR has increased by around Rs400-500/room. The occupancy level stands at 89-90% and it is for entire Mumbai, which comes down after December 20, as foreigners move out for Christmas. But, the domestic business and out-station people come to Mumbai for holidays, however, there is a decline in corporate business and it continues to be low between December 20-January 4.

What are your expectations from the Government in the upcoming union budget?
The government has an objective to collect maximum tax, but, keeping the current tax at 18% is wrong. Taxation for all the rooms should be brought down to 12% so that their revenue increases one and a half times, which can't be attained by keeping it at 28%. For instance, if anyone rents a room at Rs50,000 then he will have to pay 12% tax on the same but the threshold that has been set at Rs7,500 is wrong. Keeping the tax at 12% will increase their revenue by 50%. I can guarantee the same as people who don't want to pay 28% tax will not use the facility due to which the government doesn't get the tax that it would have earned. But, keeping the tax at 12% across Industry will end the myth that you will be taxed more on your visits to 5-star and 4-star hotels.

Besides, there is a need for a Tourism Board of India as there is a need to develop the second-tier and unknown destinations. And, it can be done by offering certain concessions.

What is your CapEx plan for FY21?
Eight to ten people with different projects, ranging between Rs100-300 crores, have reached us, this year, and are seeking our franchise and management. Our CapEx for 2-star and 3-star hotels is Rs40 lakhs/room and Rs60 lakh/room respectively, while it goes up to Rs1.25-1.30 crore for the 5-star hotels. So, the number of rooms that will be added will be a multiple of the same. These projects are located at different places but I can't disclose the agreement right now as we are waiting for their permissions. Taking permission takes a lot of time in India and at times people fail in getting it. Thus, it is a matter of great sadness/pain that a person is willing to do business but the facility/permission is not granted to him or is delayed.

In the case of the hotel industry, a person needs to have more than 100 No Objection Certificates (NOCs) to open a hotel in Mumbai, which may grey his beard. This is the reason that an investor thinks about it before entering into the sector. Thus, the government should think about it and understand the pain that the industry and people like us are facing and make sure that whatsoever has happened in last 60years is not repeated, as it makes no sense.