The promoters of Mindtree led by Krishnakumar Natarajan, Subroto Bagchi, and Parthasarathy NS among others, responded calling the plan as a grave threat and a value- destructive. 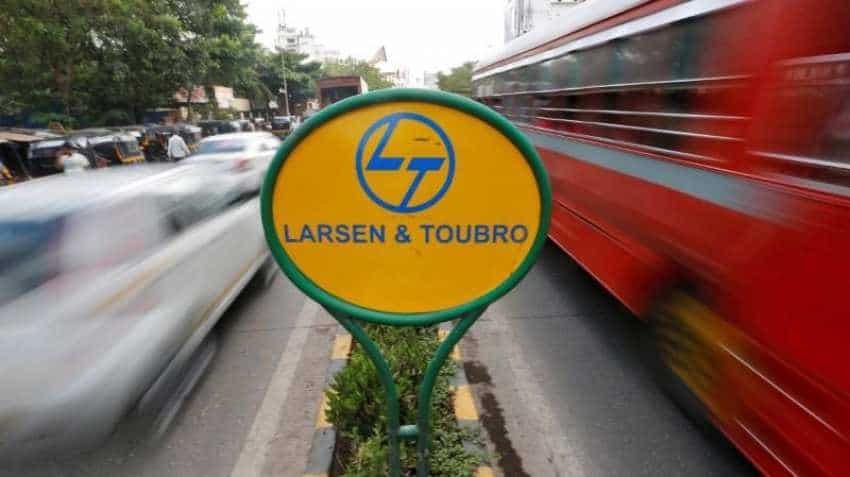 L&T has itself been the target of a hostile takeover by Reliance Industries in the 1980s but its employees were able to stave off the bid. Image source: Reuters
Written By: PTI
RELATED NEWS

Under flak for mounting a Rs 10,733-crore hostile takeover bid on Mindtree, engineering major L&T Tuesday said the deal got triggered after largest shareholder VG Siddhartha approached them three months ago, and exuded confidence in winning over the unhappy promoters. L&T managing director and chief executive SN Subrahmanyan invoked parallels with Bollywood dramas, saying with 'dil and pyaar' (heart and love) it will be able to win over everybody.

He made it clear that L&T, which is looking at the Mindtree deal as an investment to deploy its cash of over Rs 15,000 crore, will want at least 26 percent stake in the target company.

L&T had Monday night announced that it reached an agreement to acquire Siddhartha's 20.32 percent stake at Rs 980 a share (valuing his stake in Mindtree at Rs 3,269 crore) and also announced its intention to raise the ownership to 67 percent by buying an additional 31 percent through an open offer (at the same price of Rs 980 a share which is 1.81 percent premium over Monday closing price) and another 15 percent off the market.

Together the deal will cost the engineering major which is sitting on a cash pile of Rs 15,000 crore, Rs 10,733 crore-of which Rs 3,269 crore will go to Siddhartha and his related parties Caf Coffee Day and Rs 2,434 crore for the 15 percent buyout from market and Rs 5,030 crore for open offer.

The promoters of Mindtree led by Krishnakumar Natarajan, Subroto Bagchi, and Parthasarathy NS among others, responded calling the plan as a grave threat and a value- destructive. The company is also separately mulling a buyback to stave off L&T's bid. Its over 20,000 employees are also unhappy with the deal, according to reports.

There are also that some of the mutual fund houses are also not happy with the deal as open offer premium is only a paltry 1.81 percent and that if L&T sweetens the deal, they may go with it.

Acknowledging the concerns, Subrahmanyan said "emotions have to be overcome as we go forward. The senior people in the management are (our) personal friends, good people, men of repute and who have done their best to get Mindtree to where it is today. We feel lot of positivity and sync in the way to go forward."

Refusing to specifically answer a question on whether the deal is strategic or financial, Subrahmanyan said Mindtree will maintain its separate identity for "some time to come" and there are no plans on integration as of now.

Interestingly, L&T has itself been the target of a hostile takeover by Reliance Industries in the 1980s but its employees were able to stave off the bid.

Refusing to specifically answer a question on whether the deal is strategic or financial, Subrahmanyan said Mindtree will maintain its separate identity for "some time to come" and there are no plans on integration as of now.

He also refused to answer questions like whether L&T automatically gets Siddhartha's board seat on Mindtree or if it will increase its open offer price of Rs 980 per share in the scenario of a bidding war as "speculative" queries.

L&T does not want to use balancesheet of its listed software subsidiary LTI (earlier L&T Infotech) for executing the deal and such an exercise would also have led to a de- focus for the management, he said, on the reasons why the parent company is carrying out the deal.

Group chief financial officer R Shankar Raman said it will take 30-45 days for getting requisite clearances from the Competition Commission and anti-trust watchdogs in certain markets that LTI and Mindtree operate in.

Explaining the financial rationale for the deal, he said the company's flagship engineering, procurement and construction business delivers a profit margin of 5-6 percent as against 15-16 percent for IT services in general.

Earlier, Subrahmanyan termed the EPC work as more riskier business than services, hence the group had been making attempts to move into the space through two technology companies, a realty arm and a financial services arm.

Raman said both Mindtree and LTI, with revenues of around USD 1 billion each, have fair amount of headroom to grow the businesses by themselves and potential conflicts of interest should not be bothering anybody.

Seeking to drive the point of complimentarity, Subrahmanyan said while LTI is big on areas like banking, manufacturing, oil and gas, and insurance, Mindtree is big on retail, consumer packaged goods, hospitality, travel and technology segments.

Subrahmanyan said the management of Mindtree had first approached L&T for a deal a few years ago, but the focus on succession planning and ongoing capex had prevented it from going further.

Siddhartha approached them three months ago and it was a meeting of minds as the Cafe Coffee Day owner also believed in the values of L&T, he said.

He also made it clear that if not L&T, a substantial stake in Mindtree would have anyway been traded off to some other suitor as Siddhartha was decided on a selloff due to his business requirements.