In September 2012, the UPA government had allowed foreign airlines to invest up to 49 per cent in an Indian carrier provided substantial ownership and control remained with Indian nationals. 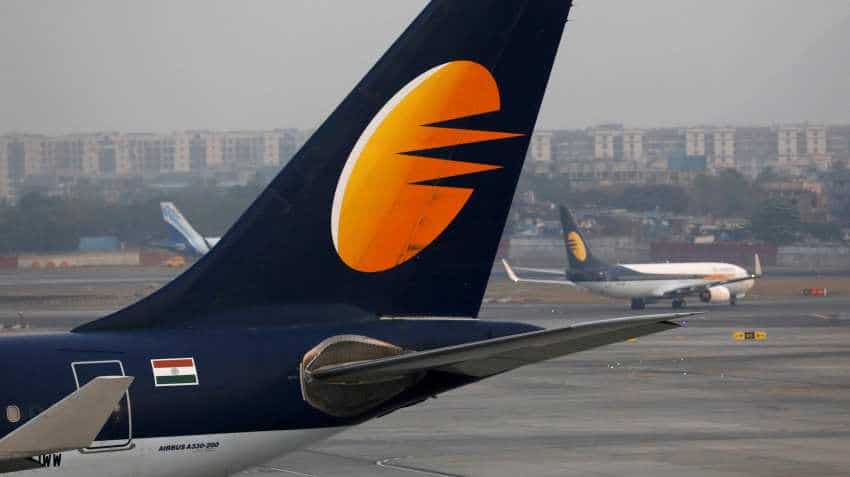 There is a proposal for Etihad raising its stake in the full service from the current 24 per cent. Image source: Reuters

Amid concerns over the financial health of Jet Airways, the Civil Aviation Ministry Wednesday expressed hope that the airline, its strategic partner Etihad and lenders reach a "common plan" to deal with the situation. Jet Airways, which has also defaulted on loan repayments, is looking to raise funds and is in discussions with Etihad and lenders to chart the way forward.

There is a proposal for Etihad raising its stake in the full service from the current 24 per cent. On a question on Etihad Airways reportedly seeking exemption over the open offer, Civil Aviation Secretary R N Choubey said the issue is being discussed amongst the promoters and lenders.

"We hope that the three -- Jet Airways, Etihad and the lenders -- come together and decide on a common plan," he said here.

Under market regulator Sebi's norms, entities have to make an open offer in case their shareholding in listed companies goes beyond a certain threshold.

When asked whether the ministry would recommend an exemption like it did in case of SpiceJet acquisition, he said "The ministry has not applied its mind on any application for recommending any waiver (for open offer)."

Choubey also said the government would not allow Substantial Ownership and Effective Control (SOEC) norms to be breached. "Under no circumstances the government will allow the substantial ownership and effective control (norms) to be busted," he said on the sidelines of the global aviation summit.

In September 2012, the UPA government had allowed foreign airlines to invest up to 49 per cent in an Indian carrier provided substantial ownership and control remained with Indian nationals.

According to Choubey, irrespective of Etihad's holding in Jet Airways, the regulator would need to be satisfied that the control remains in local hands.

Jet Airways defaulted on repayment of loans to a consortium of lenders. "Payment of interest and principal installment due to the consortium of Indian banks (led by State Bank of India) on December 31, 2018, has been delayed due to temporary cashflow mismatch," the airline informed the stock exchanges on January 1.

The carrier has posted three consecutive quarterly losses of over Rs 1,000 crore each since March 2018. Amid financial woes, an official said Jet Airways has deferred deliveries of Boeing 737 MAX planes.

The airline was scheduled to induct 11 Boeing 737 MAX planes in the fleet by March this year. It has taken only five such aircraft so far. "As of now the delivery of the other (six) aircraft is on hold," the official said.

Jet Airways has placed order for 255 single-aisle 737 MAX planes with the US aircraft maker Boeing. The first Boeing 737 Max to Jet Airways was delivered in June last year.