Honda Cars has said that the company is positive on its cars sales growth in India and it's likely to grow better than the growth rate of the automotive sector in the current fiscal. 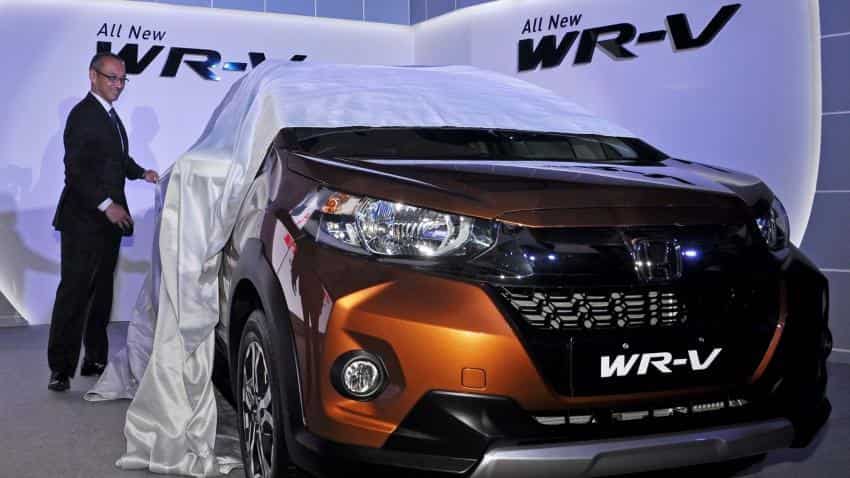 Honda, the fourth largest manufacturer of passengers cars in India, registered 38.1% growth in April, which is the highest ever for the month. Representational Image. Image Source: IANS
Written By: IANS
RELATED NEWS

Honda Cars to hike prices across its models by up to Rs 10,000 in April

After 18% degrowth in sales volume during 2016-17, Honda Cars India registered over 38% growth in April and expects to do "a bit" better than the likely growth rate of 7-8% of the automotive sector during the current fiscal.

Yoichiro Ueno, President and CEO, Honda Cars India, told reporters on Friday that the company began the new calendar year on a positive note with overall sales growing by 9% during January-April 2017 compared to the same period last year. He hopes the company will post consistent growth in the coming months.

However, like other auto majors, Honda is keeping its fingers crossed on the impact that the Goods and Services Tax (GST) will have on their sales and the overall market during 2017-18.

Honda, the fourth largest manufacturer of passengers cars in India, registered 38.1% growth in April, which is the highest ever for the month.

Honda sold 1,57,313 cars during 2016-17, a degrowth of 18%. Terming the previous fiscal a tough and challenging year, Ueno attributed the decline in sales to a combination of factors including high inventory at the beginning of the year, change in the fuel preference of the customers and demonetisation.

Despite the challenges, the passenger car market in the country grew by 9.2%. India was the fifth largest market in the world, closely behind Germany.

Stating that India will witness real motorisation like China between 2020-2030, Ueno said Honda would reinforce the brand and focus both on the product and enhancing customer experience.

He said while maintaining its positioning as premium brand, Honda was also trying to have presence in entry level cars with reasonable pricing.

Ueno said Honda had been receiving lot of inquiries as to when their topmost brands like HR-V and Civic will be introduced in India. "HR-V is one of the options for Indian market but we are assessing," he said adding that the SUV may be "a bit expensive".

The company has two manufacturing facilities in India - Greater Noida and Tapukara in Rajasthan. It has made cumulative investments of Rs.8,600 crore in the two plants, which together have installed capacity of three lakh units per annum and employ 9,800 people.

The two manufacturing facilities currently operate at a capacity of 2.40 lakh units a year. The plant in Rajasthan also manufactures components for Honda`s global operations. The high quality components are exported to 15 countries. The export turnover in 2016-17 was Rs 1,140 crore. He said it has been growing by 157% over last three years.

Anita Sharma, Assistant Vice President, marketing, Honda Cars, said they were acquiring land in Gujarat for their third plant. She said this plant would be part of their long-term plan.

Honda Cars has dealership network presence of 345 facilities across 230 cities in India. It plans to add 29 new dealerships and enter 22 new cities in the current fiscal.

Honda, the 8th biggest automobile company in the world, has 137 plants in 41 countries.

Honda Cars to hike prices across its models by up to Rs 10,000 in April

Historic! Rishabh Pant blasts Australia out of test and series, says 'biggest moment of my life'