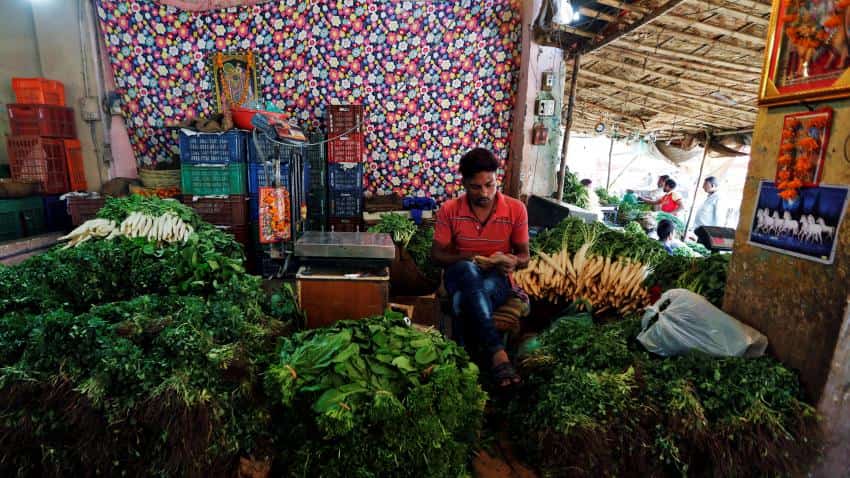 Prices of essential commodities like wheat, flour, sugar, milk and palm oil are rising, the question is whether there is going to be a price hike or quantity reduction. Image Source: Reuters
RELATED NEWS

Nearly 15 years ago a pack of Lay's would get you 50 grams potato chips in it. With rising prices and other factors, PepsiCo kept the price of the pack constant at Rs 10 but the quantity of potato chips in it fell.

FMCG companies in India are currently in a similar dilemma.

Prices of essential commodities like wheat, flour, sugar, milk and palm oil are rising, the question is whether there is going to be a price hike or quantity reduction.

“…considering the increase in input costs in the first two months of fourth quarter, the company (any FMCG company) either has to raise the prices or cut down on the size of the products offered, in order to maintain the borders,” research analyst Abhishek Roy from Stewart and Mackertich on February 28 pointed out.

Input costs, which includes cost of direct material, direct labour and other overhead items devoted to the production of a good or service, have been rising since April 2016 for sugar, wheat, palm oil and whole milk powder in particular.

It was the tenth straight month of increase and the highest since July 2014.

The WPI was pushed up due to faster increase in cost of manufactured products and a surge in cost of petrol while prices of food fell in the previous month.

Britannia Industries in its third quarter results mentioned flour inflation at 12%, sugar at 40%, palm oil at 20% and milk at 19% on YoY basis, the report cited adding that the company ‘will cover up inflation hit and raise prices by 6-7% going ahead.’

Even Hindustan Unilever, while announcing its quarterly results, said its ‘personal wash’ volumes were impacted due to calibrated price increases to manage ‘steep inflation in commodity costs.’

Amul raised its product prices by 5-8% ahead of ‘the peak season.' “In the last four months, Amul raised the milk prices paid to farmers for the third time as the decision was taken on the account of input cost going up,” the report said.

“High demand and low supply resulted in the raise of sugar prices by about 40% in the last one year. As per ISMA, India may need to import 1.5 million tonne of sugar this season,” the analysts said.

Commenting on the EBITDA margin for the nine-month of FY17 the report said that the period ‘has increased across the board for most of the FMCG players’ like HUL, Jyothy Labs, Godrej Consumers, P&G, Emami, Marico, Bajaj Corp, Dabur India, Britannia, GSKline Consumers, Nestle India and Kwality.

The FMCG players -- Marico, Hindustan Unilever, Nestle, ITC and Rasna did not respond to Zeebiz queries.

“This summer, the consumers may see a tussle either in hike in prices or cut in quantities while shopping for daily consumable products such as biscuits, ice-creams, toiletries, etc. due to increasing input costs, thanks to fluctuation in global commodity prices and lower production output,” Roy said.