Hero MotoCorp sales up 11% in September; stock up nearly 1% 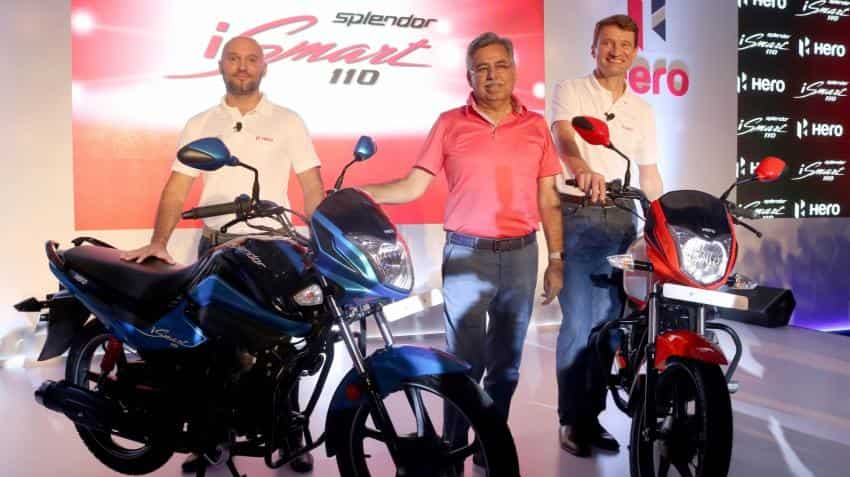 Hero MotoCorp has recorded a growth of over 11% in sales of its two-wheeler vehicles for September month.

The sales of the two-wheeler manufacturer during the month grew by 11.24% to 674,961 units as against 606,744 units in the corresponding period of last year, Hero MotoCorp said in a filing to BSE on Monday.

The company earlier had posted the highest record in its monthly sales in October last year by selling 639,802 units.

It has posted the sales of six-lakh plus units for the second consecutive month after registering sales of 616,424 units in August this year.

"The growth momentum is backed by a series of positive factors -the successful market launch of the Splendor iSmart 110-the first motorcycle completely designed and developed in-house by Hero's own Research and Development (R&D) team; augmented leadership in the 125cc segment with the 'Glamour' emerging as the largest-selling 125cc motorcycle in the country; and the positive trend maintained by the new scooter portfolio," cited Hero MotoCorp in a statement.

It had previously recorded the highest sales in the April to September period of FY15 by selling 34,07,652 units of two-wheeler.