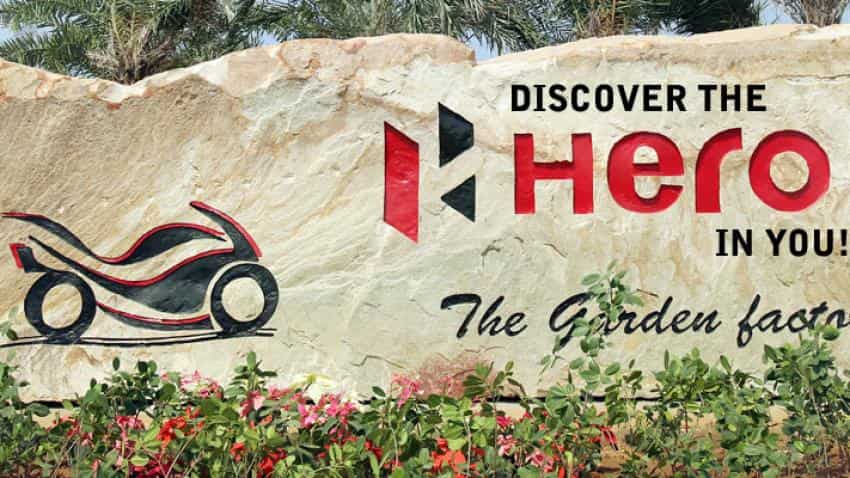 In the previous quarter the company had reported a decline of 2.6% in standalone net profit to Rs 772.05 crore. Photo: Official Website
Written By: ZeeBiz WebTeam
RELATED NEWS

In the previous quarter the company had reported a decline of 2.6% in standalone net profit to Rs 772.05 crore, mainly hit by the demonetisation.

That time, Pawan Munjal, Chairman, Managing Director and Chief Executive Officer, Hero MotoCorp, had said, "The third quarter of this fiscal was historic, with the Government taking an unprecedented and bold move. The industry did witness some negative sentiments during the October-December Quarter, but with the agility shown by the government in bringing about a slew of measures to aid the citizens at large, the market scenario has now begun improving,”

However, the automobile sector has been battling with the demonetisation blues till now. To disupt the sales further, the top court banned the sales of BS III vehicles from April 1.

The company posted a 3.5% decline in sales during April as it sold 5,91,306 units in April 2017 from 6,12,739 units in the same months last year. This came as a disappointment as the automobile segment was expected to see a push in sales from the wedding season, despite the rise in prices due to BS-IV implementation.

According to a report by KR Choksey, the two-wheeler company likely to post 4%decline y-o-y on facing the heat of demonitisation and bearing the maximum brunt of BS-III ban.

Improvement in cash circulation resulted into 10.1% Q-o-Q volume growth but was unable to surpass Q4 FY16 volumes which fell by 5.8% Y-o-Y. Volume growth was also triggered by deep discounting on BS-III vehicles impacting the realization by 2%.

Further, having similar views, Edelweiss Securities, in its research report mentioned that they expect company's revenue to drop by 7% y-o-y driven largely by volume decline of 6% y-o-y .

"We assume a one-time impact of Rs 2 billion to factor in higher discounts to clear the BS-III," the report mentioned.