Though the company took efforts to mitigate the loss due to the roll-out of GST, it incurred a loss of Rs 50 crore. 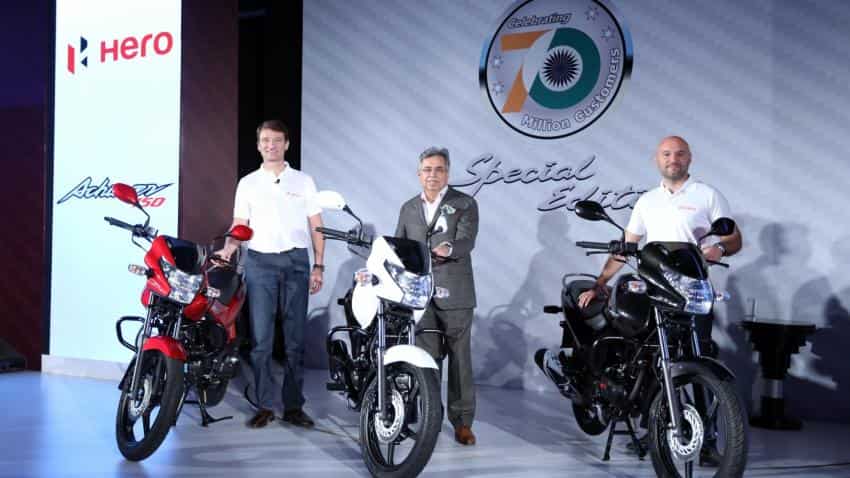 Hero MotoCorp incurred a Rs 50 crore loss due to the transition to the goods and services tax (GST).

The company's management in a conference-call said that they undertook efforts to mitigate the loss due to GST transition resulting into Rs 50 crore loss during the quarter, according to a KRChoksey Research report.

However, this loss was negated by lower advertising spends by Hero MotoCorp during the quarter.

The company stayed away from heavy discounting leading to lower de-stocking of motorcycles during the GST period. Hero MotoCorp liquidated its spare-parts to avoid GST related confusion, said the report.

The company also undertook price hike in its portfolio from May 1 onwards resulting into passage of in-put cost of average about Rs 800 to Rs 900 per unit.

Hero MotoCorp's better than expected results was due to the increase in rural income due to a good monsoon. Going ahead the company is expected to get good traction in sales due to the festive season.

The management has seen traction in urban markets and rural markets saw signs of revival. It believes with the coming festive season and normal monsoons Hero MotoCorp is expects demand to grow in rural market

Some of these new launches will be in the premium segment which it will use to strengthen its foothold in the category.

The company's management further expects its scooter segment to record double-digit growth in the coming quarter led by Maestro and Pleasure.

Sales of Glamour remained dull during the quarter due to supply constraints. However, company’s market share in 125cc segment remained intact at 55%.