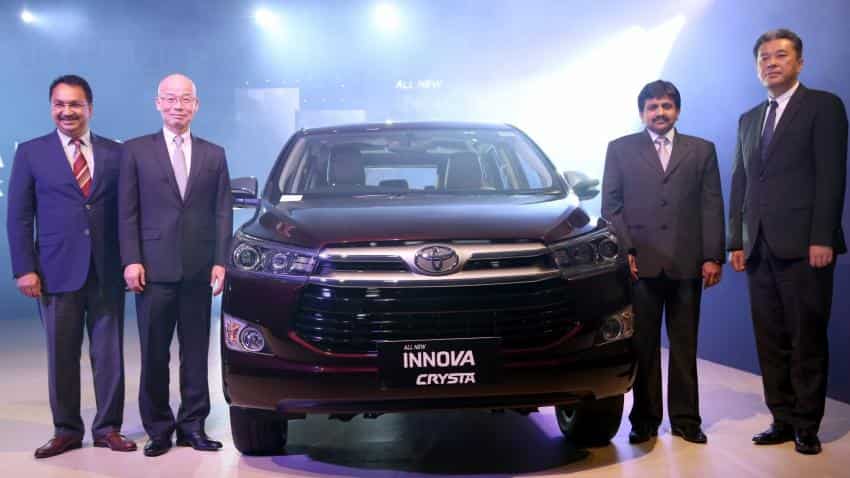 Amid uncertainties over regulatory issues regarding diesel vehicles in India due to pollution concerns, Japanese auto major Toyota Motor Corporation is not rushing in to bring more models to the country and is taking it only "step by step".

The company, which operates in India through a joint venture with the Kirloskar group, was among the worst hit by the Supreme Court ban on diesel cars and SUVs with engines of 2,000 cc and above in Delhi NCR that lasted for eight months since December last year.

"In India we have the emissions, the regulations... We understand it is important for the health of the people. We are trying to find an amicable solution for sustainable growth. That is why I say step by step," Toyota Motor Corporation CEO Asia, Middle East& North Africa Region Hiroyuki Fukui said here.

When asked about introduction of more models in India, he said : "We will try to focus more on India, to introduce more cars in India that fit Indian people. However, our resources are limited.

"We have so many tough competitors. We will try to go step by step to be accepted by Indian consumers."

While terming India a very "significant market" for the company, Fukui, however said: "For India we need local production. We have lots of capacity but unfortunately because of so many things we have small production right now."

The company's Indian arm Toyota Kirloskar Motor has two manufacturing units in Bengaluru with a total annual capacity of 3.1 lakh. However, the capacity utilisation is only about 55 per cent.

Sales of the company's best selling multi purpose vehicle Innova and SUV Fortuner were hit following the ban on big diesel cars, and in Delhi-NCR market that account for around 7-8 per cent of its total sales in India.

The company sold 47,114 passenger vehicle units in the country in the April-July period, up 1.6 per cent from the same period of the previous fiscal.

Stating that Toyota would like to a be a "good citizen wherever we open", he said: "India is one of the promising markets in Asia. Our production is only half used. We have huge potential."

Respect mandate, going to hand over my resignation to governor: Himachal CM