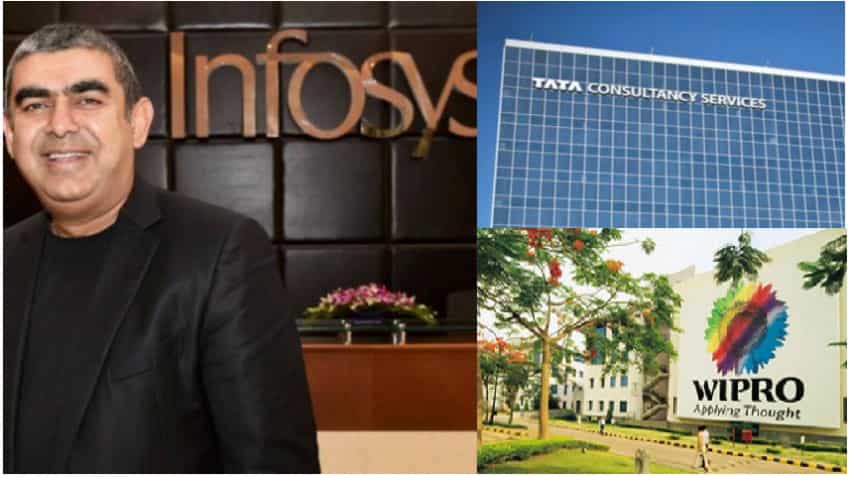 Infosys hints for buyback of shares in near term, here's what you need to know

HDFC Securities said, "We have the results from Infosys in the morning. The markets have no great hopes from this tech bellwether. The industry is yearning for double digit growth and not getting it. To make matters worse, dollar is depreciating against the rupee. And on top of that the management has goofed up in managing the investor and  promoter expectations of a buyback. Unless Sikka and his team pull out a real  rabbit in the form of a higher guidance  or fall in line with the investor expectations of returning some cash, Investors are likely to move on to more investor friendly  companies."

Rupee has appreciated against dollar by nearly 3% in last three months as foreign investors continue to be net buyers.

Have investors lost hope in Wipro and TCS result too?

Firstly above mentioned IT companies have been on single-digit growth for quite sometime now.

Ashish Chopra and Sagar Lele analysts at Motilal Oswal said, “The usual seasonality of the fourth quarter, compounded with (a) sporadic citation of concerns around budget and decision-making delays, and (b) problems in some key accounts, keeps us from building any recovery in growth momentum in 4Q or in the immediate future.”

Top-line (revenue) is expected to be muted for TCS and Wipro in Q4. On the other hand, these two companies' bottom-line (profit after tax) is seen negative for the quarter.

As per Motilal, investors will expect from TCS, Wipro for revenue growth guidance for FY18, traction in new digital initiatives, commentary on healthcare vertical and large deal wins and outlook for BFSI vertical going ahead.

Infosys hints for buyback of shares in near term, here's what you need to know