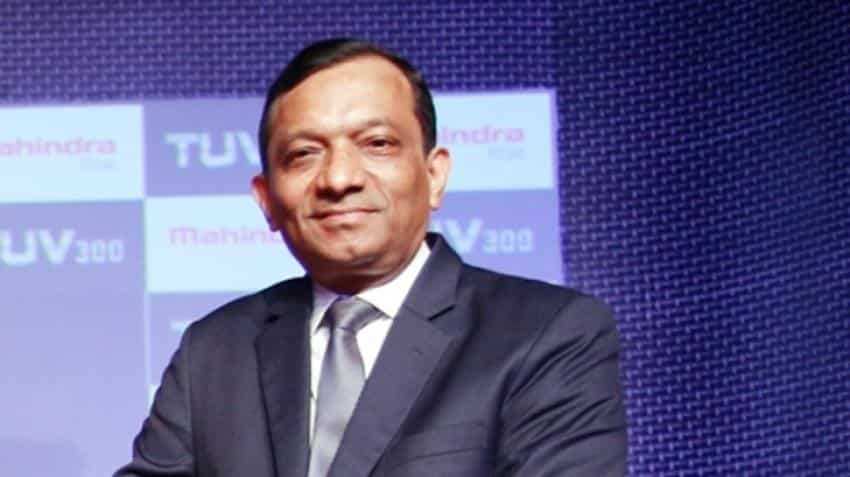 Mahindra & Mahindra on Monday announced its strategic alliance with Ford Motor for 3 years to cooperate in manufacturing, distribution and various other areas. The tie-up will explore leverage the benefits of Ford’s global reach and expertise and Mahindra’s scale in India and operating model.

The companies said that the alliance will be on things such as Mobility programs, Connected vehicle projects, Electrification, Product development, Sourcing and commercial efficiencies, Distribution within India; improving Ford’s reach within India and Global emerging markets; improving Mahindra’s reach outside of India.

This is not the first time that these two companies have worked together in an alliance. In 1995, Mahindra and Ford Motor has forged an alliance which ended 10 years later in 2005.

It was a joint venture (JV) with Ford to make an entry in the passenger car segment and it launched the Ford Escort. Later on Ford ended taking the stake in the JV and car went with the company.

For Ford Motor it was a way for it to enter the Indian market and get more knowledge before taking the plunge alone.

While for Ford it helped them get a foothold into the Indian market, for Mahindra it still did not manage to attain success in the sedan market.

Alliances in the automobile space have been plenty, but seldom last for long.

A recent example of this was the alliance between Tata Motors and Volkswagen Group's Skoda partnership which came to an end 5 months in August after an memorandum of understanding (MoU) was signed.

Mahindra, in fact, has had four partnerships with automobile companies which have eventually come to an end.

Take for instance, Mahindra's partnership with Renault which was formed in 2005 and ended in April 2010 as they decided to end their JV. The JV had launched the Logan which struggled to sell even after it was renamed to Verito after the split between the two.

It had two joint ventures with US-based Navistar International Corp in 2005 and 2007 to make an entry into the heavy commercial vehicles segment. It was considered a formidable deal and gave Mahindra the technological knowledge and expertise to become a full-fledged automobile company. The joint ventures ended in 2010 when Mahindra decided to buy the stake of the US-based company.

Pawan Goenka, president, automotive and farm equipment sector, Mahindra & Mahindra, in a Business Standard report had once said, “There are challenges in a joint venture; when there are two decision makers, there are different approaches to do business.”

An automobile analyst on the condition of anonymity said the reason for this alliance between Mahindra and Ford and other automobile companies is due to the rapid changes in the industry. “Over the last few years in India itself we have companies change from Bharat Stage (BS) III emission norms to BS IV. Now they have to change from BS IV to BS VI within a span of a year. Apart from this, there are things such as electric vehicles, driverless cars, costing pressures and even threats from aggregators such as Uber, Ola,” he said.

The analyst says that despite Mahindra's alliances ending it has managed to get good technological knowledge which has benefited them. The partnership with Ford Motor will similarly benefit them.

Goenka in Monday's announcement too reflected these challenges as a reason for the alliance, “The changes facing the automotive industry globally are triggered by the accelerated rise of new technologies, sustainability policies and new models of urban shared mobility. Given these changes we see the need to anticipate new market trends, explore alternatives and look for ways to collaborate even as we compete and build powerful synergies that will allow rapid exploitation of the exciting new opportunities. Today’s announcement builds on the foundation laid through our past partnership with Ford and will open opportunities for both of us.”

However, another automobile analyst the Zeebiz team spoke with said that he is skeptical about this alliance as none of Mahindra's alliances have worked. This includes even some of its acquisition such as Kinetic to enter the two-wheeler business has not worked out and partnership even with SsangYong Motor has not seen good sales in the country, he adds.

“Mahindra has not been doing well in many of its segments and in its core SUV segment too it has seen its market share eroding due to competition. Basically they are trying to use this alliance with Ford as a crutch to go out into international markets as it has been facing tough competition in India. I feel that Mahindra is trying to get into some automobile segment and to increase its global reach,” said the analyst.

The first automobile analyst mentioned above further said that Mahindra will benefit from the technological knowledge of Ford and its presence globally, but Ford will get to leverage Mahindra's distribution network and even its manufacturing capabilities.

“For Ford, like Toyota, it does not have a good presence in the Indian market despite being here for such a long time,” he adds.