Smartphone sales of the Xiaomi jumped globally when Barra joined the company. 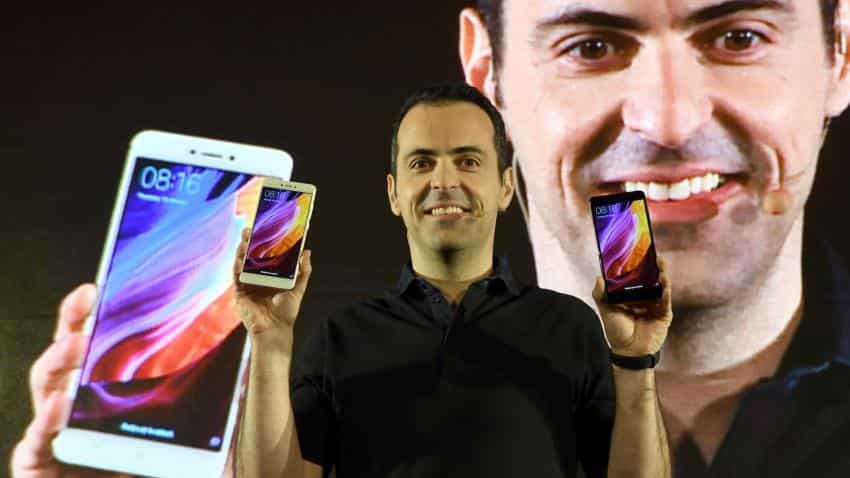 Hugo Barra, Xiaomi's prized Vice President of Global operations has resigned after a three and a half year stint.

In this short span of time, Barra an ex-Googler who worked on Android platform, took the company from a start-up in China to now one of the fastest growing smartphone brands in the world.

In a letter posted on his Facebook page, Barra said that he would be returning back to his home in Silicon Valley, USA, as he missed his family and those close to him. He, however, did not give any inclination about his next career move.

The journey
Barra joined Xiaomi from Google in 2013.

During his five year experience at Google, he worked extensively on the entire Android ecosystem, including Honeycomb, Ice Cream Sandwich, Jelly Bean and KitKat operating systems. He also worked on the Nexus smartphones.

Chinese phonemaker Xiaomi brought in Barra for one task. Take the company global. And that is what Barra did.

In 2014, Xiaomi became the world's No.3 smartphone behind Samsung and Apple.

Its sales grew significantly on the back of its low-cost Redmi line of smartphones and tablets.

The company sold 60 million more smartphones in 2014 and booked a revenue of nearly $12 billion. This was three times the smartphone sales in 2013 and a 135% increase in revenues.

These sales figures were without the company even selling a single product in the US. At that point in time, Xiaomi had 5.3% global market share and was was valued at $45 billion.

Its shipments worldwide jumped from 5.9 million in fourth quarter of 2013 to 13.8 million in econd quarter 2014. This is the difference Barra made to Xiaomi's international sales.

In 2015, Xiaomi's sales increased to 70 million, but had missed its target of 80-100 million. The reason was the growing competition it received from other China-based brands, in particular Huawei. It had taken over the third spot in the world market, according to IDC.

In 2015, Xiaomi's revenues too had grown significantly by 70% from the previous year and clocked in $20 billion in revenue.

However, in 2016 it lost out to other China-based smartphone makers such as Oppo and Vivo, apart from Huawei. It lost its No.3 spot consequently as the growth of the smartphone market stagnated.

Barra was however successful in cracking international markets like India. Xiaomi India managed to clock in $1 billion in annual revenues from the country in a very short time since its launch. It has grown by 72% in the two years since it entered the very competitive Indian market.

Photo: IDC figures show Xiaomi falls from No.3 spot in 2014 to bottom of even below Top 5 smartphone companies.

The Redmi Note 3 was one of the most successful smartphones in India and was the highest selling phone online. It sold 1.75 million units in 5 months since its launch in March 2016. It has shipped 8,80,000 units of Redmi Note 3 through online channels in April-June 2016.

India is now the highest international revenue earner for Xiaomi.