Here's how GST will impact the advertising industry

In terms of the type of industries, the trading industry will see a large 15% rise in the advertising budgeds due to the implementation of the GST. 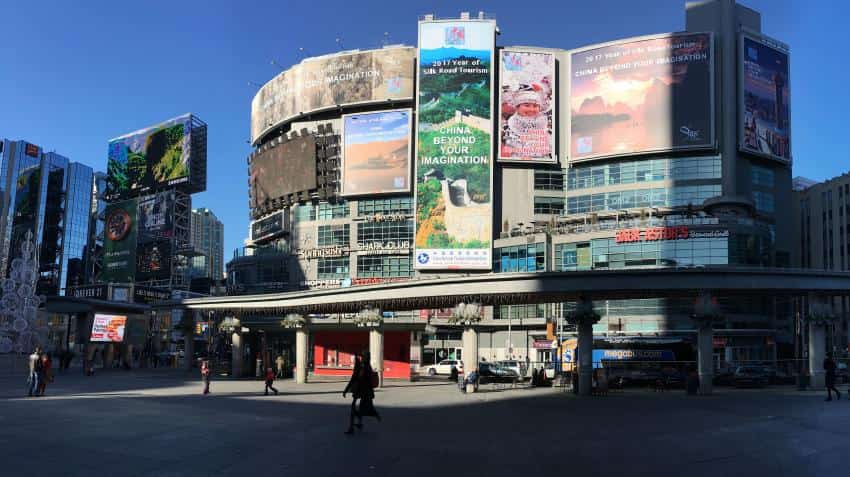 Advertising boards of the "Beautiful China - 2017 Year of Silk Road Tourism" are seen on the building at the Dundas Square in Toronto, Canada, Jan. 1, 2017. Photo: IANS
Written By: ZeeBiz WebTeam
RELATED NEWS

As the implementation of the goods and service tax (GST) nears several industries are in a scramble to understand how it will impact their industry, and especially their businesses. While various industries may have a positive or negative impact due to GST rollout from July 1, one industry that depends on the good performance of all other industries is the advertising industry.

A recent Ernest & Young (EY) report highlighted the impact of GST on the ad spends of different industries in India. Sectors such as FMCG, consumer durables, retail and gold jewellery retailers will be highly positive for the advertising industry after the implementation of GST.

ALSO READ: Not only small retailers, even for large ones GST is a big difference: Kumar Rajagopalan, RAI

While the advertising industry would see reduced ad spends from sectors such as petroleum, e-commerce, banking and finance services, alcohol, government organisations, power and utility, education institutions and tour operators after the implementation of GST, said the report.

In terms of types of commerce the advertising budgets of traders will increase the maximum by 15%. This is as in GST, traders will get full credit of GST charged on the advertisement spent, says the report.

“FMCG advertisers will be able to advertise more in the same budget as cost of advertising will reduce,” said the report.

This applies for consumer durables as well, besides companies in this sector being able to benefit from availing full input tax credit.

“Consumer durables advertisers will be able to advertise more in the same budget as cost of advertising will reduce,” it said.

Another large advertiser automobiles will see a positive impact on the advertising industry due to GST.

Besides this, auto companies engaged in importing completely built units (CBUs) would now benefit from availing full input tax credit. This would lead to automobile companies spending more in their advertising budget.

However, e-commerce, which has emerged as a top ad spender over the last two years, will see a negative impact due to GST.

The report said that depending on the working capital requirement of e-commerce companies, advertisement budget may increase or decrease.

For Banks and Financial services under GST they would continue to reverse partial input tax credit. Thus, the impact would be negative as the rate of tax has increased on print and non-print advertisements.

“Banking and financial services sector companies will be able to advertise less in the same budget, as effective cost of advertising will increase under GST regime,” it said.

Alcohol brands too may reduce their ad budgets with the implementation of GST as it will be higher for them. The GST charged on alcohol companies will be higher and this could effectively reduce sales due to increase in taxes.

“Alcohol companies will advertise less in the same budget, on account of increased cost of advertising,” it said.

Under GST retailers will be eligible to claim full input tax credit on advertising spends. “Retail advertisers will be able to advertise more in the same budget as cost of advertising will reduce,” said the report.

The advertising industry may see the biggest impact of GST from the petroleum industry as it is expected to be highly negative.

The report says that the petroleum sector has been kept out of the ambit of GST and hence the current tax regime continues to be applicable on the sector. In the current regime, petroleum companies were eligible to claim input tax credit of service tax charged on advertisement services against excise duty liability. However, in GST, input tax credit charged will be partially available and hence, it will be an additional cost on the advertisement spends.

Ashish Shah, Founder and CEO, Vertoz, “The levy of GST will have diverse impacts across sectors, and this could impact their ability to spend on advertising. The implementation of a new tax order will benefit businesses across sectors and lead to more ad spends. The advertisement sector will be subject to higher tax, which will move from the current 15% to 18% under the GST regime, leading to brands ending up paying more. So there is a clearly three percent hit. This is the only difference that it will make to the advertising industry as there will more tax levied on. However, with the new system in place, input credit of 18% would be available on the tax paid on advertising expense, which was not available before. So, this will not make much impact on the spends."

Saurabh Mishra, Digital Marketing Head, Kestone IMS said that media buying activities will suffer a major impact due to the implementation of GST as it is where the major tax component and agencies bill clients according to the media spends. He too said that the tax will move higher for the advertising industry from the current 15% to now 18% under GST.

"This means that we will have to get higher budgets from brands and advertisers for them to get the same level of impact and reach for a particular campaign. Which means more working capital needs to be the hands of agencies," he said.