Find out what Infosys founder and chairman N R Narayana Murthy has said in his letter to the media about the company's COO Pravin Rao`s compensation. 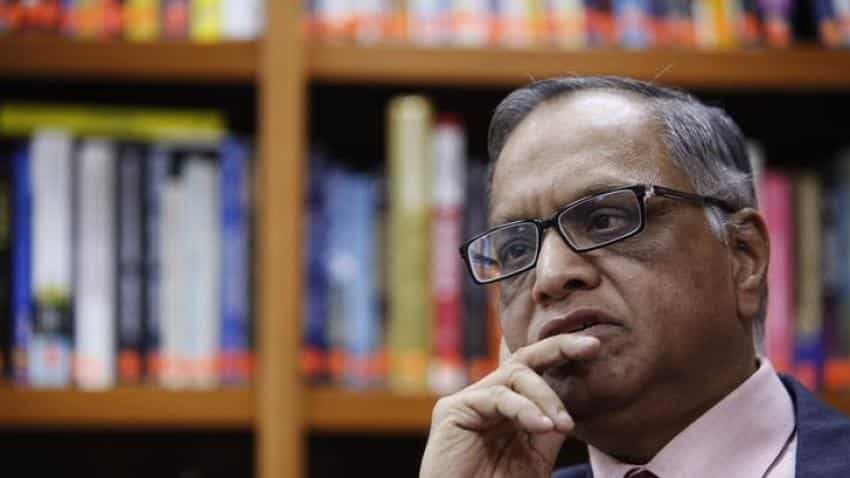 N R Narayana Murthy, founder and chairman of Infosys, listens to a question during an interview with Reuters at the company's office in Bengaluru. Image Source: Reuters
Written By: Reuters
RELATED NEWS

If you use the contents of this mail, please quote me verbatim and in full. Please do not paraphrase.

I have lots of affection for Pravin. Let me state you the facts.

I recruited Pravin in 1985 and had nurtured him throughout my stay at Infosys since then.

He had been sidelined. He was not even a member of the Executive Council at Infosys in 2013 when I came back. Kris (Kris Gopalakrishnan), Shibu (S D Shibulal) and I encouraged him, elevated him to the board, and made him the COO when we recruited Vishal Sikka as the chief executive officer (CEO). So, this abstention has nothing to do with Pravin.

Those of us who have always stood for fairness in compensation and practised it, right from the day Infosys was founded, will have to demonstrate it when needed. This is a time when it is needed. Nothing more and nothing less.

I believe in striving towards reducing differences in compensation and equity in a corporation. You may not know that my Infosys salary at the time of the founding of Infosys was just 10% of my salary in my previous job. I ensured that my younger, co-founder colleagues got 20% higher salary over their salaries in their previous job even though I was seven levels above them in my previous job and was 11 years older than them. I gave them huge equity compensation the like of which has never been replicated in this world. So, this abstention comes from somebody who has walked the talk.

I have always felt that every senior management person of an Indian corporation has to show self restraint in his or her compensation and perquisites. He or she has to fight for maintaining a reasonable ratio between the lowest salary and the highest salary in a corporation in a poor country like India. The board has to create a climate of opinion for such a fairness by their actions.

Further, giving nearly 60% to 70% increase in compensation for a top level person (even including performance-based variable pay) when the compensation for most of the employees in the company was increased by just 6% to 8% is, in my opinion, not proper. This is grossly unfair to the majority of the Infosys employees including project managers, delivery managers, analysts, programmers, sales people in the field, entry level engineers, clerks and office boys who are toiling hard to make the company better. The impact of such a decision will likely erode the trust and faith of the employees in the management and the board. With what conscience can a decent person like Pravin ( a man schooled in Infosys values for over 30 years) tell his juniors that they should work hard and make sacrifice to reduce cost and protect margin? I have got so many mails from these people asking whether this resolution is fair. No previous resolution in the history of the company has received such a low approval.

Finally, given the current poor governance standards at Infosys, let us also remember that these targets for variable pay may not be adhered to if the board wants to favour a top management person.