While Ali earned a lot through his hands by beating the best boxers such as Joe Fraizer, George Foreman, Larry Homes, Floyd Patterson, Leon Spinks and Ken Norton, he earned even more through endorsements and smart business skills. 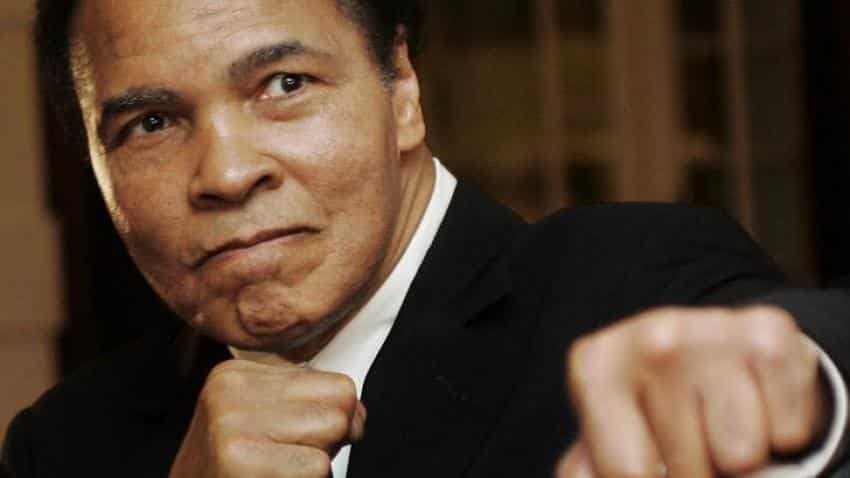 Boxing legend Muhammad Ali breathed his last on Saturday morning. He was 74.

Probably the most well-known boxers of all times, Ali, was also one of the most prominent celebrities as well.

How much money did Ali make during his career as a boxer and after that?

He surely earned a lot through his hands by beating the best boxers such as Joe Frazier, George Foreman, Larry Homes, Floyd Patterson, Leon Spinks and Ken Norton, he earned even more through endorsements and smart business skills.

As it is complicated in estimating a public figure’s net worth, there are certain reports that have given an idea as to how much Ali was worth.

Wealth earned by Ali in the ring:

However, Ali earned much more once he stepped out of the ring and hung his gloves.

Some of his earnings off the ring include:

-          Between $4million-$7 million (about Rs 26 - 46 crore) - Annual revenue earned from his company GOAT LLC (acronym for his trademark phrase ‘Greatest of All Time’) through endorsement deals with brands like Adidas and Electronic Arts, according to an International Business.

-          At that time CKX owned the estate of Elvis Presley and had acquired 19 Entertainment in 2005 which had rights to hit singing reality show ‘American Idol’. The company has now been renamed to CORE Media Group.

It is estimated that Ali’s net worth, as of 2012, was $80 million (about Rs 532 crore), according to TheRichest report, while Celebrity Net Worth pegs it at around $50 million.