While the government has given a lower 12% GST rate on electric vehicles, hybrid vehicles will incur a GST rate of 43%. Many automobile companies are angry with the government's decision. 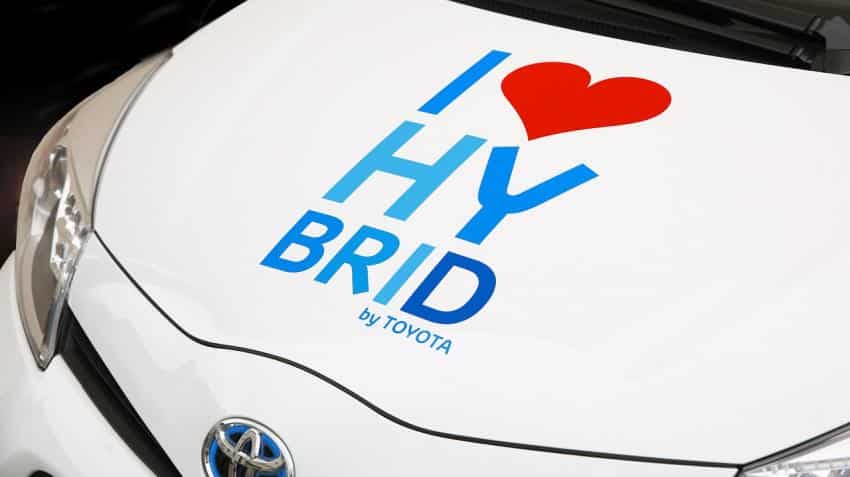 There seems to be a roadblock on the route ahead for hybrid cars in India. What seems to have been the start of a good journey under the FAME (Faster Faster Adoption and Manufacturing of [hybrid &] Electric vehicles in India) scheme for hybrid cars, has now quickly turned into various challenges for the car segment to maneuver in India. The latest challenge being the higher goods and service tax (GST) levied on hybrid cars than the taxes charged earlier.

Hybrid cars will now attract a 43% tax under the new GST regime instead of the current 20-30% tax levied varying from state to state (around 12.5% central government taxes). This will significantly increase the prices of hybrid cars in India and put it on par with the prices of luxury petrol and diesel cars.

Toyota itself had committed to invest over Rs 1,000 crore in India in 2015 and Suzuki in May 2017 said it would invest Rs 5,700 crore. Besides this, Suzuki Motor along with Toshiba Corporation and Denso Corporation announced in April this year announced investment of Rs 1,200 crore to make batteries for electric vehicles.

It is easy to see why these Japanese automakers are fuming at the government's recent decision as they are putting a significant amount of investment into hybrid cars and electric vehicles.

The three car companies that will see an impact by this decision are Toyota, Maruti Suzuki and Mahindra & Mahindra (M&M) that have hybrid cars. Cars such as Maruti Suzuki Ertiga and Ciaz, and Mahindra's Scorpio have mild hybrid variants, which have enjoyed good sales due to the tax incentives that were offered under the FAME scheme, are now expected to get more expensive under GST.

Toyota, on the other hand, has strong hybrids such as the Camry and also recently in May this year launched the 4th Generation Prius in India.

Mild hybrid four-wheelers sold the maximum under the FAME scheme as it accounted for 73,633 cars sold between April 1, 2015 to February 28, 2017, according to data provided by Minister of State (MoS) in the Ministry of Heavy Industries & Public Enterprises, Babul Supriyo in the Rajya Sabha in March 2017. While strong hybrid cars sold in that period was 1,949 units.

Speaking about this N Raja, Senior Vice President & Director (Sales & Marketing) – Toyota Kirloskar Motor said, “The higher tax rates fixed for Hybrids is the same as for luxury petrol or diesel cars and has also not followed the equivalence principle otherwise adopted for setting the tax rates under GST. Such higher tax incidence for hybrid would kill clean and green-friendly HV (Hybrid Vehicle) technology. This is contradictory to Government’s long-term goal to promote eco-friendly vehicles in the country to curb increasing emission issues. The same differential as that on EVs (12%) should be applied on hybrid cars, as the strong hybrid shares the same eco-system with pure electric cars.”

He further said their their current sales pattern shows a high degree of price sensitivity even in case of differences in state taxes (VAT) for advanced technologies such as hybrid. “Thus a sudden increase in price of hybrid cars due to the impact of GST rates would affect the buying pattern of customers. There is a simultaneous decrease in tax post GST for petrol or diesel variants. This will significantly alter the current market structure as Camry Hybrid would then compete with higher segment petrol or diesel cars,” he said.

Maruti Suzuki and Mahindra did not want to comment on the issue when contacted by the Zeebiz team.

It is not the GST move that has come as a roadblock to hybrid cars journey in India, but the government's decision to remove mild hybrid vehicles from under the FAME subsidy scheme in April this year. This too has impacted the sales of the hybrid cars in India.

The FAME India scheme, which began in 2015, offered incentives on electric and hybrid vehicles of up to Rs 29,000 for bikes and up to Rs 1.38 lakh for cars.

“Although, the Indian hybrid market is at a nascent stage, there is an increasing acceptance and growing popularity of hybrid in the Indian market. We acknowledge the incentives under the FAME Scheme have helped boost demand and encourage faster adoption of environment friendly vehicles,” says Raja.

While the tax incentives were a welcome move by the government, it was however too little a discount to have an impact the price of the cars. For instance, the Ertiga and Ciaz hybrid models had received incentives of Rs 13,000 each under the scheme. While the Ertiga was priced between Rs 7.17 lakh to Rs 8.75 lakh and the Ciaz priced between Rs 7.87 lakh to Rs 9.57 lakh.

So why is the government going against the move to support hybrid cars in India with such moves as to increase the GST tax on it and remove mild hybrid vehicles from FAME subsidies?

The answer to this was provided by Finance Jaitley in an exclusive interview Mihir Bhatt, Editor, Zee Business. He said that despite giving a tax relief for smaller hybrid cars, the automobile companies instead of passing on the relief went on to increase the prices of their cars.

“The first thing is that for the small cars we had give them a (tax) relief. Did they (car companies) pass on that relief to their consumers? Or did they increase the price of their cars after that? And if they have increased this then they themselves have to answer this question (regarding the increase of tax for hybrid cars),” Jaitley said.

Jaitley further pointed out that the those who want to buy a luxury (hybrid) car can afford to pay a higher price.

“The first thing is that those who want to buy a luxury car can afford to pay higher. The second, pass on the tax relief to the common man who buy the small cars,” he added.

This is true as hybrid cars are quite expensive, even mild hybrids for that matter.