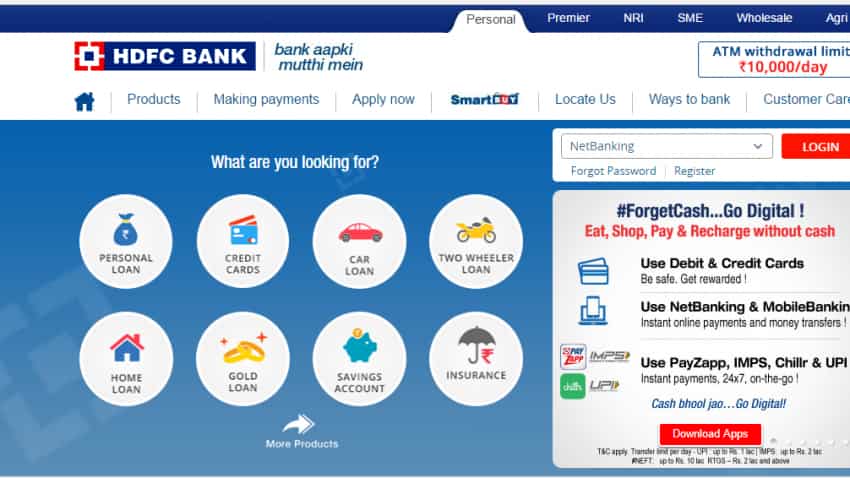 Making a strong pitch for "reasonable returns" to infrastructure providers for using credit/debit cards at merchant establishments, HDFC Bank, which is the market leader in this point-of-sale (PoS) segment, on Tuesday said failure to do so can hurt the entire digitisation exercise.

"If providers of PoS infrastructure don't make a reasonable return, that in some ways would inhibit growth of the acceptance infrastructure and that doesn't help the entire effort," its deputy managing director Paresh Sukthankar told reporters.

He was responding to a specific question on the merchant discount rate (MDR), which is the charges paid to banks for every transaction executed at the PoS machines at merchant premises.

The country's second largest lender had 2.95 lakh PoS terminals as on October 2016, making it the largest player in this segment.

It can be noted that the MDR, which can go up to 1-3%, was withdrawn till December 31 but there was unease among the petrol pump owners about the charges this year as to who will bear the costs.

Sukthankar on Tuesday said there has to be a "balance" in such a way that those investing in the network infrastructure like his bank gets fair returns and the cost of usage are also not high.

"All entities which are working to make these investments need to get fair returns. There has to be a good balancing of the cost and the returns," he said.

He, however, said some leeway can be given to small-ticket transactions.

It can be noted that the banks have been asked by the petroleum ministry not to charge MDR for now, but a permanent solution for the difficulties is yet to be found.