Banks are seeking court permission to liquidate 65.85 lakh shares of United Spirits which were pledged by two Vijay Mallya companies -- United Breweries Holdings (UBHL) and Kingfisher Finvest, the holding company of the defunct Kingfisher Airlines -- as collateral for loans from HDFC Bank. 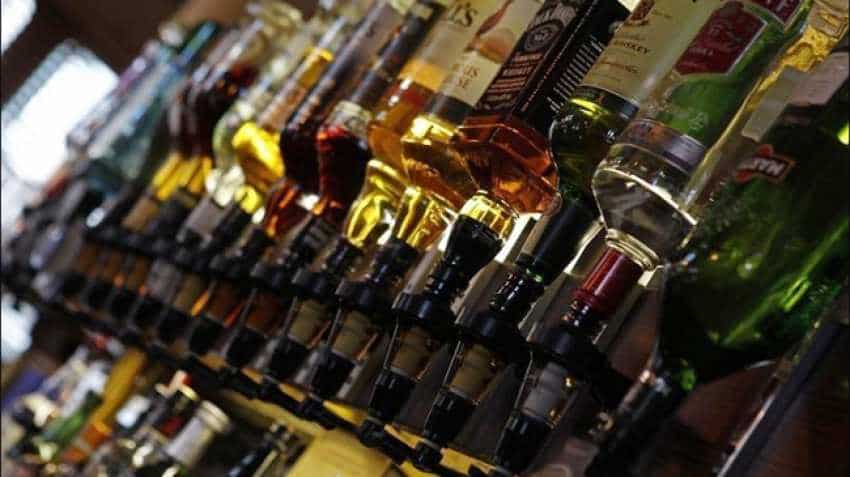 A day after the SBI-led bankers consortium raised Rs 1,008 crore by selling 7.4 million pledged shares of United Breweries, their bid to recover more money by liquidating shares of United Spirits faced opposition from HDFC Bank which moved the special PMLA court here against it. The special PMLA (Prevention of Money Laundering Act) court did not take up the petition and fixed April 2 for the next date of hearing. At Thursday's closing price of Rs 532.20 on the BSE, these 6.6 million shares could fetch the banks over Rs 350 crore.

Banks are seeking court permission to liquidate 65.85 lakh shares of United Spirits which were pledged by two Vijay Mallya companies -- United Breweries Holdings (UBHL) and Kingfisher Finvest, the holding company of the defunct Kingfisher Airlines -- as collateral for loans from HDFC Bank.

The banks are trying to part-recover the Rs 6,203.35 crore of dues along with annualized interest of 11.5 per cent payable since 2013, by liquidating the confiscated assets of Mallya, who is awaiting an extradition case at the London High Court now.

In its application moved before MS Azmi, the judge of the PMLA court, HDFC Bank said as part of its business operations it's been extending loans to United Breweries since 1980. Similarly, in 2010 various loans were given and these were secured by shares and various immovable properties.

Under the share pledge agreement for the loan from HDFC Bank, UBHL and Kingfisher Finvest had pledged a total of 65.85 lakh shares of United Spirits in favour of HDFC Bank, the application noted.

HDFC Bank further claimed that the exclusive charge over the attached shares, especially USL shares, was disclosed in the 2011-12 annual report of UBHL.

The application states that it is not the case of consortium of banks that UBHL or Kingfisher Finvest had created a pledge in their favour, prior to creation of pledge in favour HDFC Bank.

The contention that dues of HDFC Bank are not adjudicated and hence they cannot claim right over the pledged share of USL is 'baseless' and 'unfounded', the HDFC Bank said.

Earlier, a 12-bank consortium led by State Bank had moved the PMLA court seeking release of Mallya's assets that the Enforcement Directorate (ED) had attached.

The banks claimed "legitimate interests" in all the properties belonging to Mallya, Kingfisher Airlines, UBHL and Kingfisher Finvest including movable and immovable properties.

The ED told the special court that it had no objection to allowing banks to sell Mallya properties provided they gave an undertaking that they would return the money later. But this was opposed by the official liquidator appointed by the Karnataka High Court.

Later in January this year, Mallya, who owes over Rs 9,900 crore to banks, was declared as an fugitive economic offender under the provisions of the new Fugitive Economic Offenders Act which came into existence last August. This facilitated the PMLA court to allow banks to sell the stocks.

It can be noted that the official liquidator of the Bengaluru Debt Recovery Tribunal had Wednesday sold 74 million pledged shares of United Breweries, currently owned by beer major Heineken, for Rs 1,008 crore on behalf of the ED.

The proceeds would go to the banks. This is among the big recovery action taken by the authorities since Mallya left the country in March 2016.

These shares, which were pledged with Yes Bank, were attached by the ED in connection with money laundering probe involving Mallya and debt-laden Kingfisher Airlines.

The sale could go on after the PMLA court had last month directed Yes Bank to surrender these in favour of the recovery officer in Bengaluru within three weeks.

Mallya personally held 7.91 per cent in UBHL as of December 2016, while total promoter holdings stood at 52 per cent. UBHL is now facing liquidation. The ED attachment included 41.3 million UB shares or almost 15 per cent held by Mallya and his group companies.

Currently Heineken holds about 44 per cent in UB, once controlled by Mallya, while 23 per cent with UB promoters and promoter groups are pledged.

So far, the ED has attached assets of Mallya worth Rs 9,700 crore in connection with an alleged IDBI Bank loan fraud case registered by the CBI.