The order came on Maran and his airline's plea for issuing them stock warrants in SpiceJet as per a sale purchase agreement (SPA) of 2015 which led to transfer of ownership of the budget carrier to its co-founder Ajay Singh. 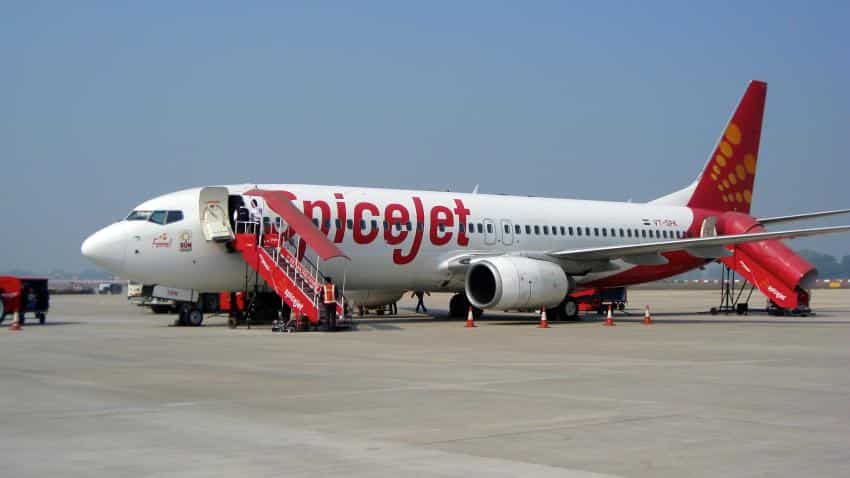 Spicejet and Maran have been asked by the Delhi High Court to settle their dispute. Photo: Wikipedia
Written By: PTI
RELATED NEWS

SpiceJet may partner with mytaxiindia to offer taxi rides for passengers

SpiceJet was on Friday directed to deposit Rs 579 crore in 12 months before the Delhi High Court which asked the airline and Sun Group chief Kalanithi Maran alongwith his Kal Airways to appoint an arbitral tribunal to decide the share transfer dispute between them in a year.

The order came on Maran and his airline's plea for issuing them stock warrants in SpiceJet as per a sale purchase agreement (SPA) of 2015 which led to transfer of ownership of the budget carrier to its co-founder Ajay Singh.

Justice Manmohan Singh directed SpiceJet to deposit the amount of Rs 579 crore in a fixed deposit in the name of Registrar of the Delhi High Court for 12 months.

The amount is to be deposited in five instalments with the first one in August, the court said.

The interim order directing SpiceJet not to issue or transfer its shares to a third party will continue, the court said.

Market regulator SEBI had earlier expressed its inability to approve the board resolution passed by SpiceJet for issue of warrants in favour of Maran and his Kal Airways.

The board resolution was passed on the court's direction.

Under the SPA, Maran and Kal Airways had transferred their entire 350,428,758 equity shares (58.46 per cent stake) in the airline to Ajay Singh.

SpiceJet had earlier told the court that the change of ownership was effected as a rehabilitative measure to address the liability of Rs 2,000 crore incurred by the airline when it was under the management of Maran.

It had also claimed that every penny has been utilised towards operations and discharge of liabilities.

SpiceJet may partner with mytaxiindia to offer taxi rides for passengers