Will RJio once again pull Bharti Airtel's revenues down in Q1FY18?

In the fourth quarter of last financial year, Bharti Airtel had posted a 12.1% decline in its consolidated revenues at Rs 21,935  from Rs 24,960 crore in the corresponding quarter last year. 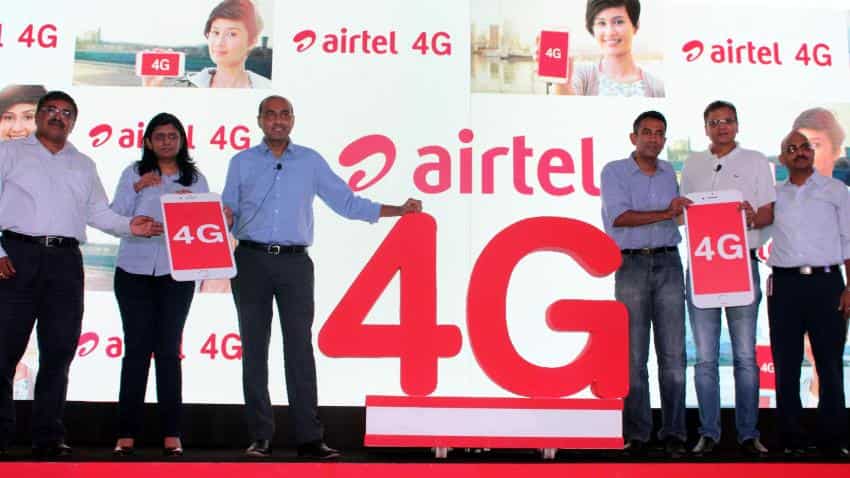 Bharti Airtel is set to announce its financial result for the quarter ended on June 30 today. Due to tough competition from new entrant Reliance Jio, the company has been battling to maintain its market share in the telecom industry.

In the fourth quarter of last financial year, the company had posted a 12.1% decline in its consolidated revenues  to Rs 21,935  from Rs 24,960 crore in the corresponding quarter last year.

Expecting drop in revenues to continue, the experts believe Bharti India wireless revenues to drop 1-2% QoQ (9% YoY and 16% YoY) in 1QFY18 to Rs 150.5 billion. However, at the same time, there are analysts who believes that there will be stabilisation of wireless revenue as Jio has started charging. Non-wireless businesses’ growth should improve as the demonetisation effect wears off.

According to a report by Mostilal Oswal, Consolidated EBITDA margin is likely to decline 160bp QoQ to 34.2%, led by 180bp contraction in India wireless margin to 35.1%, partly offset by 50bp expansion in Africa EBITDA margin to 27%. The Consolidated net profit is expected to fall 42% QoQ (85% YoY) to Rs 2.2 billion.

Having similar views , Edelweiss in its research report mentioned Bharti's India mobile business expected to report 0.2% QoQ decline in revenue to Rs 129.5 billion with the 7.2% and 18.6% voice and data volume growth offset by the 6.8% and 16.2% realisation drop, respectively.

PAT is expected to rise by 52.6% QoQ (down 61.0% YoY) to Rs 5.7 billion. Possible regulatory intervention to revive industry, trajectory of churn and realisations, traction in 4G business and update on payment bank will be key monitorables, Edelweiss said.

Kotak Institutional Equities in its report said, "We expect improvement in sequential wireless revenue trajectory; however, EBITDA trends are likely to remain weak. Non-wireless business performance to be subdued on account of cost inflation pressure."

Bharti Airtel calls Reliance Jio's Bill and Keep plan 'sinister'
Bharti Airtel posts 12% decline in revenues in Q4 due to competition from Jio
Unable to use all your 3G, 4G internet? Airtel to allow rollover of unused data