Harper Collins ad film gets it right on storytelling

The story of a book passing through hands is not new, but Harper Collins ad film shows it in a different way. 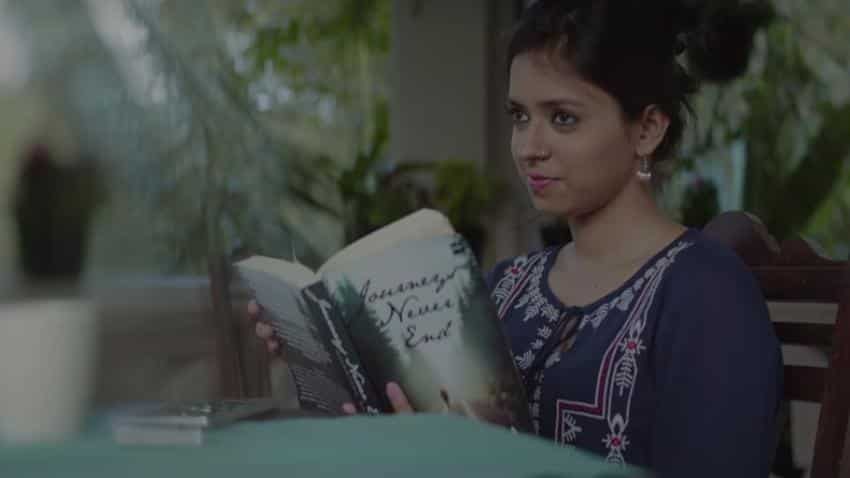 A still from latest ad film of Harper Collins in which a young woman is reading a book. Photo: Facebook screengrab
Written By: Collin Furtado
RELATED NEWS

Brands always talk about the importance of story telling when creating ads, but very few come even close to achieving this even in the digital world where time is not a constraint. While story telling maybe important for other brands, for a brand which is a publisher of books it is critical. A point that book publisher Harper Collins got right in its latest ad film.

The simple ad film shows the journey of book from the hands of an old man to finally reaching a young woman who is searching for love but instead stumbles into the old man's story losing the love of his life. At the end it beautifully highlights the message of 'Stories create books. Books create stories'.

The ad film has been conceptualised by Taproot Dentsu and produced by Absolute Productions. They have definitely done justice to the story telling part of the ad creation.

What is well crafted about the ad is the message that it is not just books that have a story but every person has a story behind them. The ad in fact perks up your curiosity towards the end and makes you want to know the entire story of the old man's life.

The brand in the ad film has also thoughtfully put a book with the title 'Journey's Never End'. While I do not know if this book does exist but the message does get through that the impact of some books do go beyond just the pages and bound cover and into our lives.

The ad film is terms of its filming and music has been done exceptionally well. What has been done well is that it done not have any dialogues till the end. This brings about a much greater impact when the old man starts pouring out his story on the phone.