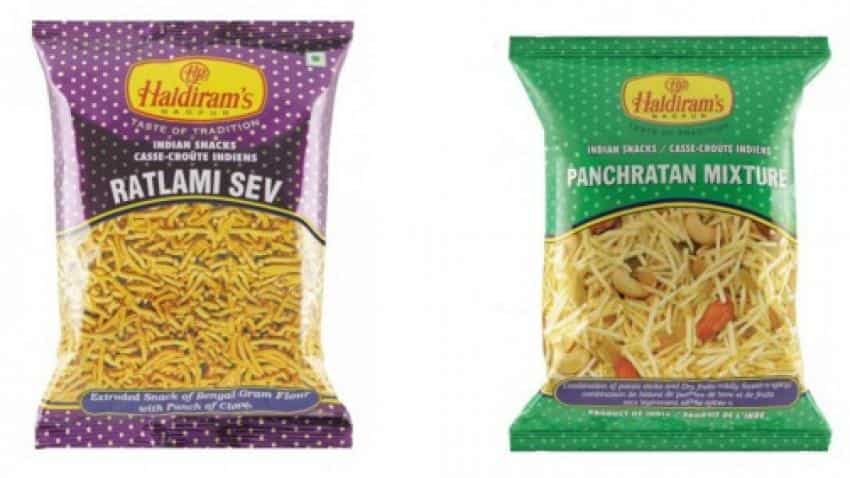 The report also pointed out that the company was larger than the Indian turnover of two American fast food chains – Domino’s and McDonald’s combined. Image Source: Collage of images from company website
Written By: ZeeBiz WebTeam
RELATED NEWS

Haldiram's revenue growth was 13% with an annual turnover of Rs 4,000 crore, a report by Economics Times said on Monday.

The report also pointed out that the company was larger than the Indian turnover of two American fast food chains – Domino’s and McDonald’s combined.

“We also understand Indian palate well and that comes handy while launching new products,” Kamal Agarwal, 43, was quoted as saying in the report.

The company which is said to be worth Rs 5,000 crore posted had originally started its business with a small shop in Rajasthan’s Bikaner.

Haldiram’s currently dominates the market of traditional snacks as it has grown bigger than five of its regional rivals — Balaji Wafers, Prataap Snacks, Bikanervala, Bikaji Foods and DFM Foods – combined, the report added.

The company sells its products through three branches, Haldiram Snacks and Ethnic Foods for the northern region, the Nagpur-based Haldiram Foods International for the western and southern markets, and Haldiram Bhujiawala for the eastern market.

Out of these, Snacks and Ethnic Foods northern division has clocked Rs 2,136 crore while its southern and eastern markets clocked Rs 1,613 crore and Rs 298 crore respectively.