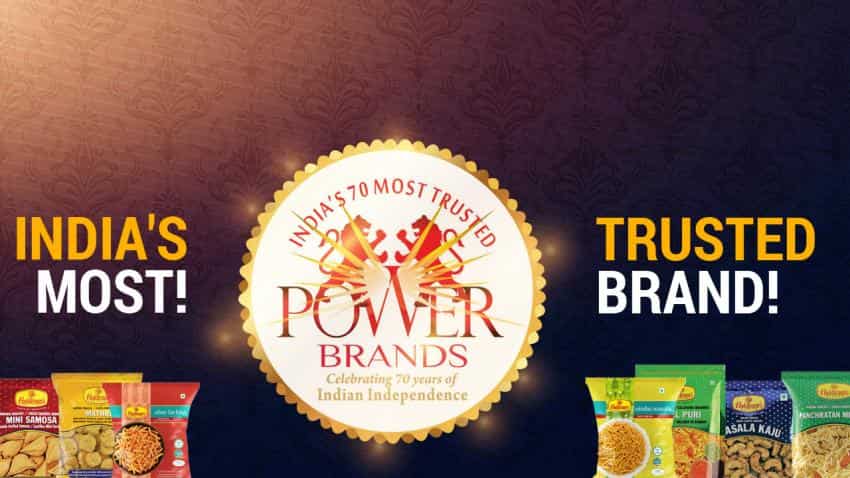 Starting a retail sweet shop way back in 1937 in Rajasthan's Bikaner, the Haldiram with its traditional theme of snacks has now pipped US-based Pepsico to become the largest snack company .

According to a latest report of Nielsen, Haldiram reclaimed the spot as the country's largest snack company, outrunning Pepsico, after nearly two decades.

As overall snacks market reportedly rose by 17% during the period, Haldiram's market share surged at faster pace at nearly 30% as against 10-12% between 2012-16.

This year has been commendable for Haldiram as it emerged as the leader in the segment. Another Indian brand Balaji Namkeen was also in the list with sales of Rs 2,122 crore, followed by, Pepsico's two brands namely Lays and Kurkure on third and fourth spot having sales of Rs 1,996 crore and Rs 1,600 crore respectively.

Recent entrant, Prataap Snacks, stood at fifth spot having sales of Rs 1,058 crore in the year.

Now overall snack market is divided in four category traditional snacks like namkeen, bhujia and nuts, in which Haldiram’s dominates; western ones like potato chips where PepsiCo has the upper hand; riblon and gathia, which has brands such as PepsiCo’s Kurkure; and extruded, having cheese balls among others.

Snacks market has come a long way from the 1990s, when the market was marked by the presence of brands like Haldiram’s and Uncle Chipps (eventually acquired by PepsiCo) and there were few other regional brands.

It was in mid-90s when beverage major Pepsico entered with its Lay’s and Cheetos, and later, Kurkure.

Haldriam's was founded by Ganga Bhisen Agarwal as a retail sweets and namkeen shop in Bikaner, Rajasthan during 1937. It's first  manufacturing plant was started in Calcutta.

Since them, Haldiram's have managed to come a long way with now having over 100 products under its brand. Apart from snacks, it also produces frozen foods like ice cream, frozen meals, kulfi, sweets along with fruit-flavoured beverages and dairy products.

Not only, this Haldiram's products are being exported to several countries like Sri Lanka, United Kingdom, United States, Canada, United Arab Emirates, Australia, New Zealand, Japan, Thailand and others.

A study conducted by Trust Research Advisory in 2014, Haldiram was ranked 55th among India's most trusted brands.