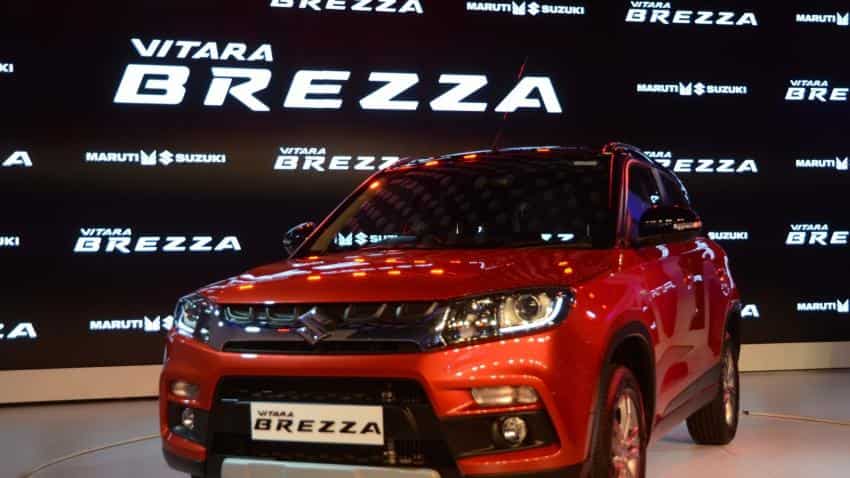 At present, the two models have a waiting period ranging between 20-24 weeks depending upon the variants.

"Our major difficulty in 2016 has been inadequate manufacturing capacity, which resulted in quite large waiting period for the Baleno and the Vitara Brezza. The commissioning of the Gujarat plant this month should give relief in 2017-18," MSI Chairman R C Bhargava told PTI.

Suzuki Motor Corporation's Hansalpur-based facility, which is the Japanese company's first wholly-owned unit in India, would roll out Baleno from the first assembly line.

Bhargava said MSI had to adjust production of all its other models last year in order "to reduce the waiting time for Vitara Brezza and Baleno to the extent possible".

On an average, the company is selling around 10,000 to 11,000 units of the Baleno and Vitara Brezza every month.

MSI expects to receive around 10,000 units of premium hatchback Baleno from the plant this fiscal. Currently, company's two units at Gurgaon and Manesar have a total production capacity of 1.5 million units annually.

Suzuki has envisaged a total investment of around $1,400 million (nearly Rs 9,313.85 crore) on the plant which will house two vehicle assembly lines of 2.5 lakh units per annum each and an engine plant.

The Japanese auto maker will supply vehicles and components exclusively to MSI from the plant. India is the biggest market for Suzuki, which owns 56% of Maruti Suzuki India (MSI) - the country's biggest automaker controlling nearly half of the market.

Commenting on the company's performance in the last year, Bhargava said that the year "in terms of growth and profits, has also been a very satisfactory".

He said that demonetisation in November did see a drop in the bookings, but sales did not go below the company's targeted figure and "production continues as planned".

On outlook for rest of the fiscal, Bhargava said, "We are cautiously optimistic about the rest of the year though are not indicating any number for the likely sales. We do expect to continue to fully utilise our production capacity."

Bhargava lamented that various agencies continue to target cars for air pollution despite scientifically collected data showing that cars were a very minor and insignificant contributor to the poor air quality in the Delhi area.

"Various agencies appear to be ignoring the data and continue to target cars in their efforts to improve the air quality. This will hurt job creation and growth, and will not make any measurable difference to air quality," he noted.