GST to trigger possible destocking; will this June be a repeat of demonetisation fiasco? 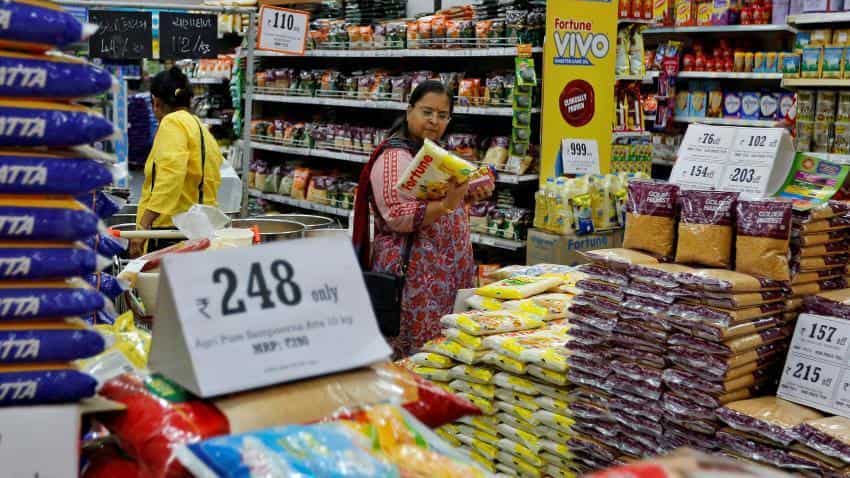 Those that the analysts said were not too keen on GST implementation were the wholesalers, which contribute to 35-45% of overall trade, and the stockists/distributors considering increased compliance costs. Image Source: Reuters

As the government readies plans for the biggest tax overhaul in the country with Goods and Service Tax (GST) to be implemented from July 1, industry experts have asked if the nation is ready.

Companies and its distributors have put in place the IT infrastructure required to deal with GST and have been labelled as ‘GST ready’ by Edelweiss analysts Abneesh Roy, Tanmay Sharma and Alok Shah in a report dated March 21.

“Our interactions with consumer goods companies indicate that most players had commenced the process to be GST ready a long time ago and have the IT systems and processes already in place. Most have set up separate GST committees to take care of all the systems, processes and compliance         required under the new regime,” the analysts said.

Those that the analysts said were not too keen on GST implementation were the wholesalers, which contribute to 35-45% of overall trade, and the stockists/distributors considering increased compliance costs.

“We anticipate some problems at the wholesaler end as many are outside the tax bracket and a few are improving their margins solely by way of  tax evasion (a few operate on wafer thin margins of close to 1%, by being out of the tax  net),” the analysts added.

GST Council on March 16 cleared the proposal for State GST and Union Territory GST to add to the previously approved Integrated GST and Central GST.

When PM Modi took the nation by surprise and announced demonetisation in early November, FMCG companies along with others had to destock inventories on the back of the cash crunch.

“There is a high probability that trade may start destocking inventory as the date of GST implementation draws closer, with a view to reduce VAT paid inventory in the system so that they do not have to take the credit from GST paid goods as output; destocking could also happen due to non‐clarity on GST rates (we expect GST rates to be announced very close to the implementation date),” the analysts said.

FMCG companies and companies relating to household spending were impacted in Q3 due to the limited availability of cash.

Sales of FMCG companies in Q3 FY17 were hit more than 44% as compared to Q3 FY16, as per the data of Care Ratings report dated March 15. 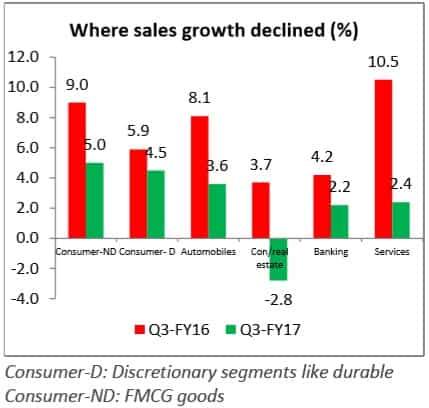 "There has been massive amount of destocking across the entire trade channels and distributors, particularly wholesalers and retailers, which has led to a sharp drop in primary sales. So, while the actual consumer offtake may not have suffered very much, the destocking impact is severe," Dabur India Chief Financial Officer Lalit Malik told Business Standard in a report.

TGBL Regional President-India Sushant Dash said, “I think in the short-term, there will be an effect because trade has destocked across the chain whether it's the trader or wholesaler because of cash crunch, and many of the trade partners work on cash,” in a report to PTI.

Impact of GST rumble to be short lived

“...unlike demonetisation, where the impact lasted for more than a quarter, GST implementation‐led destocking impact is likely to be for a lesser duration,” analysts said.

Citing the example of implementation of VAT in 2005, Edelweiss analysts said that traders had gone on strike.

“When VAT was implemented w.e.f. April 1, 2005, traders across India had gone on a strike in protest and had disrupted trade, which had impacted the business of FMCG companies,” Edelweiss report said.

“However, under GST, we perceive less likelihood of trade disrupting business by way of strikes etc. The reason being that under GST things have been planned in a much better way.  Moreover, unlike VAT where each state decided rates, GST is pan‐India and a separate GST committee has been set up to make ensure that things are clear in advance and run smoothly,” Edelweiss analysts said.

This is mandatory for businesses with over Rs 20 cr turovner from April 1; check details