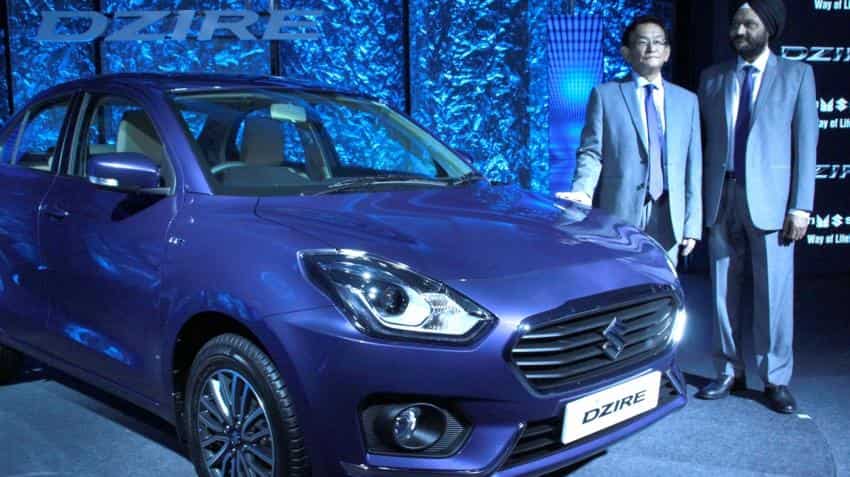 Utility vehicles, including Ertiga, S-Cross and Vitara Brezza, saw sales rise by 43 per cent to 13,879 units in June, from 9,708 in the year-ago period.

Vans, including Omni and Eeco, saw sales dip by 6.7 per cent to 9,208 units last month compared to 9,874 units in the same period of the previous year.

HMIL Director Sales and Marketing Rakesh Srivastava said the market was challenging fuelled with speculations on the GST tax structure.

The company expects a positive demand pull, post successful implementation of GST, in coming months as the industry will witness heightened level of customer interest in a seamless and unified single market, he added.

"This drop in volume is seen temporary and will be recovered in the quarter to come based on 11 per cent growth in April-June 2017 quarter compared to the last year," Tata Motors said in a statement.

Exports of the Mumbai-based automaker were down 54 per cent at 1,855 units in June against 4,020 units in the same month last year.

Sales of passenger vehicles, including Scorpio, XUV500, Xylo, Bolero and Verito, declined 5 per cent at 16,170 units compared to 17,070 units in the same month last year.

M&M President Automotive Sector Rajan Wadhera said the company's focus has been to minimise channel stocks to reduce the transition losses on account of GST implementation.

"We are closely observing GST and strongly believe that once we tide over the initial uncertainties, GST is set to usher in a new era for the economy in general and the automotive industry in particular," he added.