GST rate for the automobiles will be set at 28%, but small cars and luxury cars would incur an additional cess. 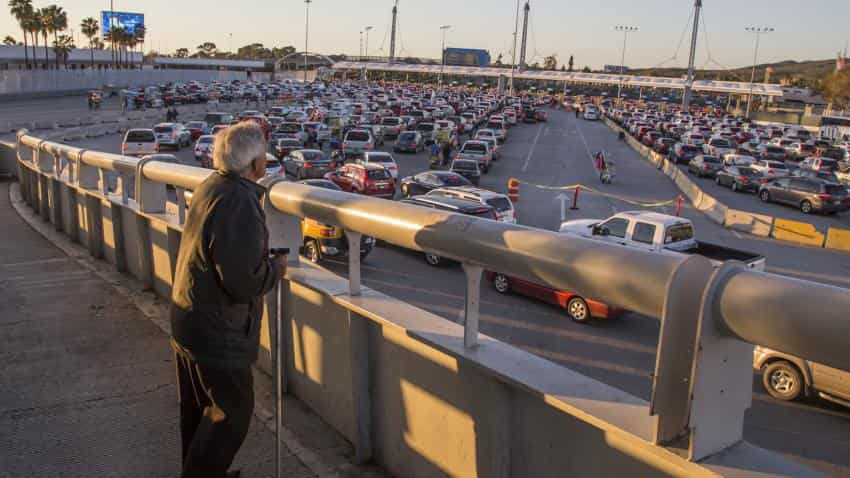 A man looking at cars passing by on a highway. Photo: IANS
Written By: Collin Furtado
RELATED NEWS

The GST Council, in its 14th meeting, has finalised the GST across categories and there is some good and bad news for people lookinng to buy a car or a two-wheeler like bikes.

The base GST rates for the automobile segment have been set at 28%, which is broadly in line with overall indirect tax rates at present.

In addition to the base rate, the Government has also proposed to levy a cess of 1% and 3% on small cars with petrol and diesel engines, respectively.

“The rates are as per the expectations of the industry and almost all segments of the industry have benefitted by way of a reduced overall tax burden in varying degree. This will pave the way for stimulating demand and strengthening the automotive market in the country, paving the way for meeting the vision laid down in the Automotive Mission Plan 2016-26,” said Vinod Dasari, President, Society of Indian Automobile Manufacturers (SIAM).

However, the analysts expect that there will not be a price rise for small cars under the new GST regime.

Some analysts, however, feel that price of small cars will increase rates and prices of luxury cars will fall under the new GST rates.

Vaibhav Agrawal, Head of Research and ARQ, Angel Broking said, "While GST council has announced 28% GST on passenger vehicles, there is yet no clarity if there will be different tax slabs for different sized cars. Assuming 28% tax rate, small cars will become expensive by about 2-3% while luxury cars will become cheaper by the same extent which could be counter intuitive."

He further mentioned that GST rates are likely to be almost neutral for the Commercial Vehicle and Two Wheeler and would marginally increase for Three Wheelers as it didn’t attract additional NCCD earlier.

This takes the overall tax rate to around 25-27%. With GST and the additional cess, small cars will have to pay levies of 29-31%. This will ultimately raise its overall price.

So does this mean bad news for the small car segment?

"If we assume that the current tax slabs will not undergo any revision, we don't see any material difference on companies as these prices will be passed on to the consumers and demand will not be hit severely by 2-3% price increase," Agrawal of Angel Broking said.