With GST coming in multiplexes will get a break primarily due to the input tax credit offered by the new tax regime and as a result could pass on the lower tax benefits to customers. 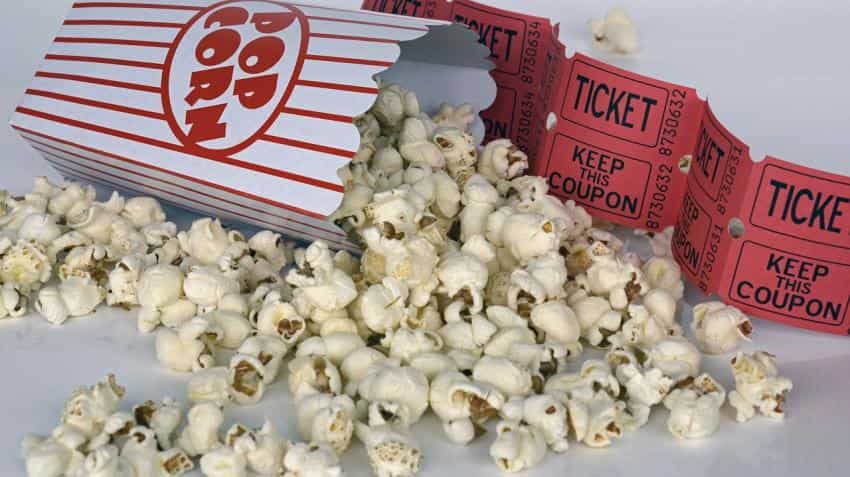 Movie tickets could get cheaper after the implementation of GST. Photo: Pixabay
Written By: ZeeBiz WebTeam
RELATED NEWS

GST rollout: Be ready to pay 18% service tax even at non-AC restaurants

The Goods and Services Tax (GST) is expected to be positive for multiplexes and movie tickets could get cheaper. This is primarily owing to the input tax credit (ITC) expected on the fixed costs that a multiplex incurs like rental, CAM, electricity, etc., says an ICRA note.

Though it is higher than the industry’s expectation of a standard rate of 18%, thereby toning down the previously expected positive impact on the industry’s margins, on a net level, the impact still is expected to be positive, said ICRA.

Shubham Jain, Vice President and Sector Head, ICRA, “The new simplified GST for the multiplex industry will facilitate players to conduct their business. So far the industry has been operating under differential tax regimes across states. Overall, we expect the impact of GST to be positive, which is; however, lower than the expectation of the industry players. Further, the expected gains will also leave room for passing on the benefits to the end customer that will improve footfalls and occupancy levels, thereby further aiding the profitability of the players in the medium term.”

By this passing on the benefit of GST to customers could mean a reduction in the prices of movie tickets at multiplexes and this could be used to effectively drive the demand for people visiting multiplexes.

“The current entertainment tax paid by multiplexes ranges from nil to as high as 66% and varies from state to state. Apart from this, some screens also pay local duties to bodies like municipalities. Under GST only entertainment tax is to be subsumed thereby leaving a cushion for the local bodies to levy additional taxes to cover for potential revenue loss,” said ICRA.

Additionally, currently around 12-16% of the multiplex screens are partially or fully exempted from entertainment tax. On an average, entertainment tax is around 29% of net box office collections for the domestic industry.

With GST being applied for all screens, without any exemptions and assuming no change in the local taxes being levied, the impact on net box office collections is expected to be overall neutral.

On the flipside, the food and beverages that is available at multiplexes are set to get more expensive as GST on it will take it much higher than the current tax rate paid.

Secondly, the food and beverages (F&B) segment, which contributes significantly to multiplexes revenues has been recognised net after VAT charges. Under GST, F&B rates will vary from 12-40% depending upon the composition of the F&B items with the majority expected to be falling within the 18% category.

This is likely to negatively impact the multiplex industry as currently the tax is around 11% of the net F&B segment revenues. Players whose proportion of F&B revenues are high will have a higher negative impact. Multiplexes may resort to price hike in F&B to offset the impact.

Nevertheless, the industry will benefit from ITC on the various input costs like rental, common area maintenance (CAM), electricity. This, along with benefits derived through the supply chain, will have a positive impact on the operating margins.

The multiplex industry has a high degree of operational leverage. Its fixed cost primarily comprises of rentals, CAM and power costs. ICRA estimates ITC will be available on 33% of the total operating expenses, which is likely to translate in expansion of the operating margins by around 3.0-3.5%.

Therefore, at an aggregate level, the negative impact of GST on F&B will be more than offset by the ITC thereby resulting in an expansion of the operating margin of the industry players by 2.5-2.8%.

GST rollout: Be ready to pay 18% service tax even at non-AC restaurants