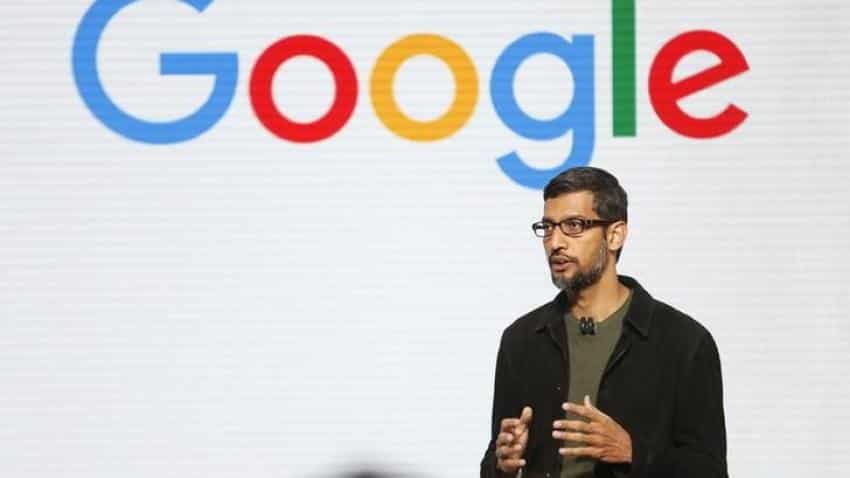 Alphabet`s profit beat Wall Street estimates and rose 29 % to $5.43 billion, a performance that analysts called exceptional for a company so large.

"For a company of Google’s size to post the growth that it has is just a testament to the quality and usefulness of the products they make," said Colin Gillis, an analyst with BGC Partners. “They are the dominant force in digital advertising."

"It underscores a macro theme we are seeing in the internet space, which is that the bigger players are getting bigger and the smaller players are treading water or shrinking," said analyst James Wang of ARK Investment Management.

Google is expected to command a 61.6 % share of the search ad market worldwide in 2017, up from 60.6 % in 2016, according to research firm eMarketer. Mobile ads command lower prices than desktop ads, but growing volume is more than making up the difference, Wang said.

"Our great properties -- like Search, Maps, YouTube and Google Play -- are the `prime time` for the mobile world, where people are actively engaged and interested," Google Chief Executive Officer Sundar Pichai said during a call with analysts.

Paid clicks, where an advertiser pays only if a user clicks on ads, rose 44 %. Analysts on average had expected a rise of 29.7 %, according to FactSet StreetAccount.

Alphabet Chief Financial Officer Ruth Porat said during the earnings call that "YouTube revenues continue to grow at a significant rate," dispelling concerns about the possible impact of an advertiser boycott of the video service.

YouTube had come under fire for ads appearing alongside videos carrying homophobic or anti-Semitic messages, prompting a number of companies to suspend their digital ads on the video service.

Google`s non-advertising revenue, which consists mainly of the cloud computing business, the Pixel smartphones and the Play store, also grew dramatically in the quarter, jumping 49.4 % to $3.10 billion.

"We’re seeing a meaningful shift, and this momentum is resulting in a fast-growing business," Pichai said.

"We have wanted to see Google be more than just an advertising company," he said. "That is quite an impressive achievement."

On the other hand, Alphabet`s "Other Bets"--separate business units including the Waymo self-driving car business, Google Fiber, thermostat-maker Nest and the life sciences firm Verily--continued to post large losses and modest revenues.

Revenues from Alphabet’s “Other Bets,” climbed to $244 million, up from $165 million in the year-ago quarter; Nest, Verily and Fiber accounted for the bulk of that, Porat said on the call.

But losses widened to $855 million from $774 million in the year-ago quarter.

Alphabet CEO Larry Page released a letter Thursday defending the two-year-old Alphabet structure, which he said had achieved its objective of giving investors greater visibility into Google’s performance while empowering entrepreneurs in other parts of the company.

“With the change to Alphabet, oversight has been easier because of increased visibility,” Page wrote. “We have streamlined efforts where it made sense and in other areas we have seen places to double down."