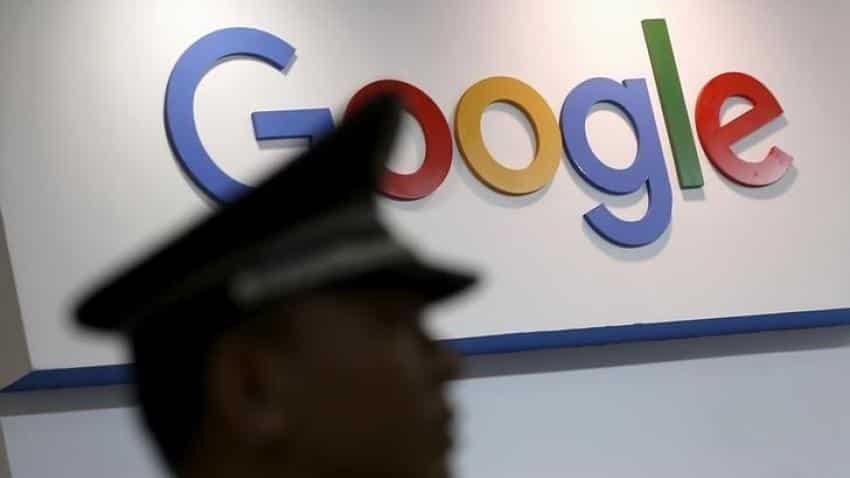 A security guard keeps watch as he walks past a logo of Google. Photo: Reuters
Written By: Reuters
RELATED NEWS

Indonesia plans to pursue Alphabet Inc's Google for five years of back taxes, and the search giant could face a bill of more than $400 million for 2015 alone if it is found to have avoided payments, a senior tax official said.

Asked to respond to Hanif`s comments, Google Indonesia reiterated a statement made last week in which it said it continues to cooperate with local authorities and has paid all applicable taxes.

If found guilty, Google could have to pay fines of up to four times the amount it owed, bringing the maximum tax bill to 5.5 trillion rupiah ($418 million) for 2015, Hanif said. He declined to provide an estimate for the five-year period.

Most of the revenue generated in the country is booked at Google's Asia-Pacific headquarters in Singapore. Google Asia Pacific declined to be audited in June, prompting the tax office to escalate the case into a criminal one, Hanif said.

"Google`s argument is that they just did tax planning," Hanif said. "Tax planning is legal, but aggressive tax planning - to the extent that the country where the revenue is made does not get anything - is not legal."

The tax office will summon directors from Google Indonesia who also hold positions at Google Asia Pacific, Hanif said, adding that it is working with the Indonesian police.

Globally, it is rare for a state investigation of corporate tax structures to be escalated into a criminal case.

It normally takes at least three years for an Indonesian court to make a decision on a tax criminal case, said Yustinus Prastowo, executive director of the Center for Indonesia Taxation Analysis.

The tax office is planning to chase back taxes from other companies that deliver content through the internet (over-the-top service providers) in Indonesia, Hanif said.

The Indonesian communication and information ministry is working on a new regulation for OTT providers, and the tax office has proposed that a company with a "network presence" in Indonesia should also be subject to taxation.

Total advertising revenue for the industry is estimated at $830 million a year, with Google and Facebook Inc accounting for around 70% of that, according to Hanif.

A joint study by Google and Singapore state investor Temasek released earlier this year, however, estimated the size of Indonesia`s digital advertising market at $300 million for 2015.