The Tata Sons and Singapore Airlines joint venture airline had in June 2020 announced a reduction in salary of nearly 40 per cent of the total workforce till December 31. 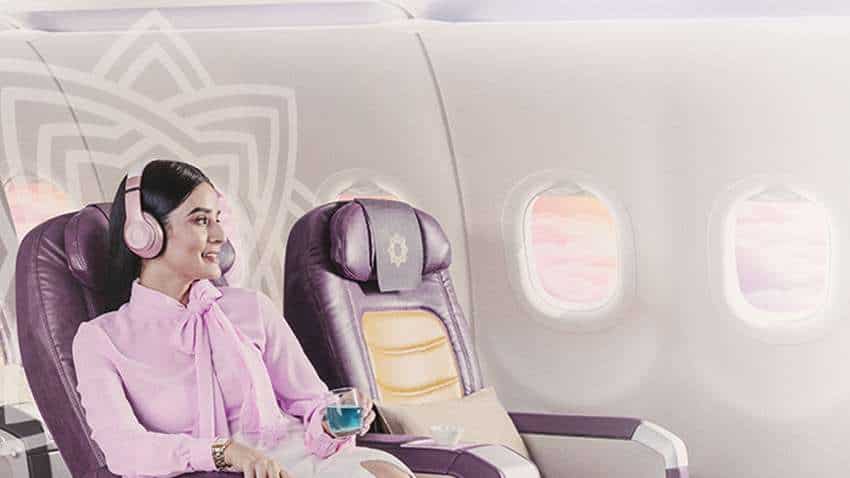 Vistara will not be paying any annual increment in April this year. Pic from https://www.airvistara.com/in/en

In a major development that directly impacts pocket, full-service carrier Vistara has decided to roll back the pay cut, implemented by the airline last year, for certain categories of employees from April while the reduced salaries will continue for the management-level executives, including the CEO. The development has been confirmed according to an e-mail to the airline staff, as per a report by PTI.

"Our board has approved to cease the pay cut that was implemented for level-1 to level-3 staff from April 1, but the leadership team (level 4 and level-5) and I will continue with our pay cuts at 15 per cent and 25 per cent, respectively," Vistara CEO, Leslie Thng said, the report adds.

The Tata Sons and Singapore Airlines joint venture airline had in June 2020 announced a reduction in salary of nearly 40 per cent of the total workforce till December 31 to deal with low cash flow amid weak passenger demand in the wake of the pandemic. This was later extended to March 31.

Thng, in the e-mail, also said the airline definitely was not out of the woods yet with operating capacity and revenue still below pre-COVID level, adding that, the road ahead will continue to be challenging, given the current state of the pandemic. "We must remain vigilant in controlling our costs and be nimble and flexible in our plan and should be able to take difficult decisions if the need arises," Thng said.

Vistara will not be paying any annual increment in April this year but will review it in October based on the airline's financial position in the first two quarters of the new fiscal year, he informed the employees.

Delhi weather, rains news: Flights at IGI airport likely to be affected due to heavy downpour, say SpiceJet and Vistara