Good news for Infosys employees: IT company to provide incentives to staff with digital skills 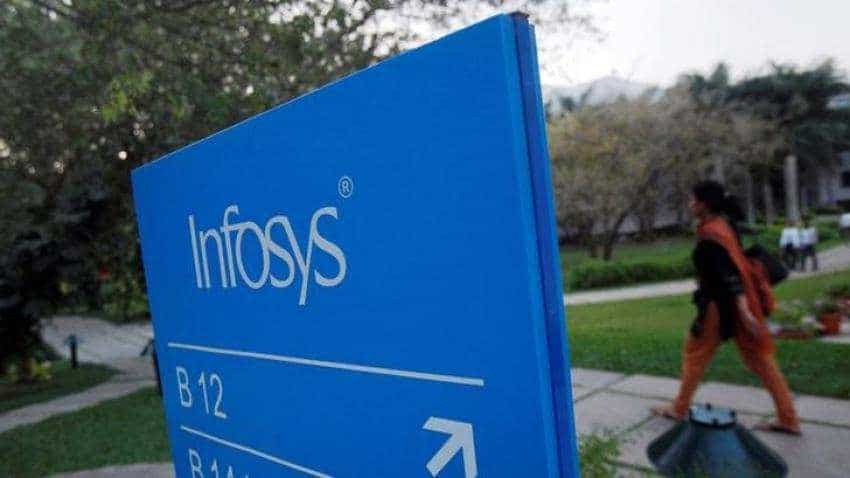 Infosys will roll out an incentive scheme this year for employees equipped with digital skills and will aggressively re-deploy staff on projects offering opportunities to work on new technologies as it looks to stem rising attrition in the face of stricter visa rules, a top executive has said. Infosys COO Pravin Rao, during a recent investor call, said Infosys' localization efforts have helped its business become "much more resilient and less susceptible to the visa regime than in the past".  "This is an effort we need to continue till we get to the 50 per cent mark," he added.  In January, Infosys had said it has already hired over 7,600 staff in the US - more than three-fourths of its target of recruiting 10,000 American workers. It had also spoken about making recruitment from local schools a "sustained effort" in the region.

North America is the largest market for the Bengaluru-based firm, accounting for 61.2 per cent of its revenue. Infosys announced its fourth quarter financials on Friday reporting a 10.5 per cent growth in consolidated net profit at Rs 4,078 crore, and a 19.1 per cent increase in revenue at Rs 21,539 crore in the March 2019 quarter from the year-ago period. The Bengaluru-based company, which has forecast its FY20 topline growth to be 7.5 - 9.5 per cent in constant currency terms, added 2,622 people (net) during the March 2019 quarter to take its total headcount to over 2.28 lakh. "... Attrition has marginally gone up from 17.8 per cent to 18.3 per cent on a standalone basis. A big part of the attrition is for people with 3-5 years' experience and to this set of people, the earlier value proposition was onsite opportunity," he said.

Rao explained that given the "mobility challenges" due to restrictive visa regimes, such opportunities are "fewer".  "So that is probably one of the reasons why they look forward to move to other opportunities, where either they are able to get higher compensation or different kind of jobs. So, from our perspective to address this, we have looked at new employee value propositions...There are many initiatives on the ground to address this," he said.

Rao said it will roll out an incentive scheme this year for those equipped with digital skills, and that the company is also looking at a "much more aggressive redeployment in projects" to allow people to work on new technologies. Some of these initiatives obviously will take time to bear fruit but we are confident that over a period of time, the attrition rate should come down to a manageable 13-15 per cent level," he said.

Infosys CEO Salil Parekh, who took over the top job last year, has outlined 'localisation', along with strategic investments and enhancing company's digital capabilities as key areas of this three-year strategic plan. The strategy outlined focussed on stabilising Infosys' business in 2018-19, building momentum the next year, followed by acceleration in 2020-21.

Infosys, like many of its peers, has been ramping local hiring in key markets like the US, the UK and Australia to tackle increasing scrutiny around work visas by various governments.  According to the report by Care Ratings, Infosys had 2,122 visa denials in fiscal year 2017-18, followed by its larger rival Tata Consultancy Services with 1,896 rejections. The approvals, the report pointed, had declined by a sharp 50 per cent in FY18 to 22,429 from the 43,957 in the year-ago period.