Goldman Sachs Group said on Tuesday it was reviewing its involvement in Megvii Technology Ltd's planned IPO after the US placed the Chinese firm on a  blacklist. 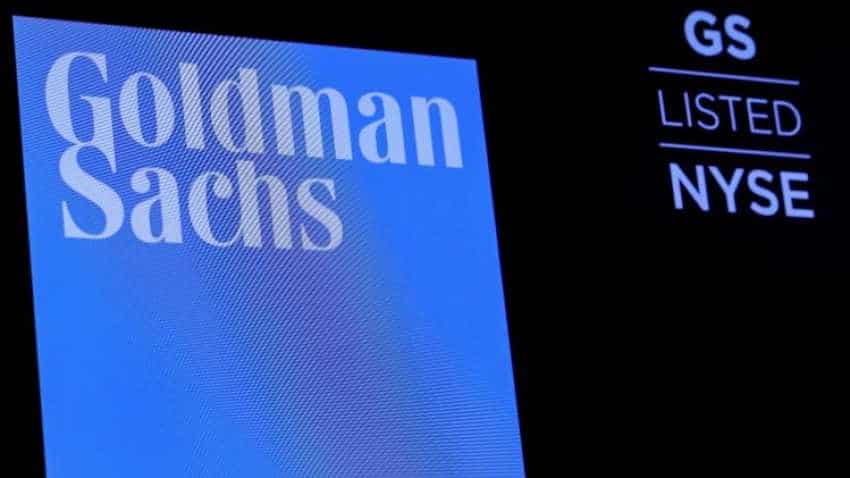 Goldman is a joint sponsor of the Megvii IPO, alongside Citigroup Inc and JPMorgan Chase & Co , which both declined to comment. Photo: Reuters
Written By: Reuters
RELATED NEWS

Goldman Sachs Group Inc said on Tuesday it was reviewing its involvement in Megvii Technology Ltd`s planned initial public offering (IPO) after the U.S. government placed the Chinese artificial intelligence firm on a human rights blacklist. The Trump administration said on Monday that Megvii and seven other Chinese companies were targeted because they were implicated in Beijing`s repression of Muslim minority populations in the Xinjiang Uighur Autonomous Region in the far west of the country.

In an emailed statement in response to a request for comment on the Alibaba-backed Megvii IPO, Goldman said it was "evaluating in light of the recent developments". Sources had previously told Reuters the listing was scheduled for Hong Kong in the fourth quarter and might raise as much as $1 billion.

Risk consultants and Silicon Valley lawyers said that other U.S. companies involved with the blacklisted Chinese firms, whether as investors or as underwriters, are also likely to reevaluate their relationships.

Goldman is a joint sponsor of the Megvii IPO, alongside Citigroup Inc and JPMorgan Chase & Co , which both declined to comment. Goldman had thoroughly evaluated the Megvii deal before initially signing onto it using its usual due diligence process, a person familiar with the matter said. Known in the artificial intelligence business for its facial recognition platform Face++, Megvii will become the first Chinese AI firm to go public if the deal goes ahead. The company provides facial recognition and other AI technology to governments and companies including Alibaba, Ant Financial, Lenovo Group Ltd and Huawei.

The US Department of Commerce on Monday barred eight companies, as well as 20 Chinese government entities, from buying U.S. technology without U.S. government approval. That will include high-powered computer chips made by U.S. companies such as Nvidia , Intel and Qualcomm , which are considered critical for building and operating many AI systems.

The government said the 28 blacklisted firms and government entities were "implicated in human rights violations and abuses in the implementation of China`s campaign of repression, mass arbitrary detention, and high-technology surveillance against Uighurs, Kazakhs, and other members of Muslim minority groups".

The blacklist was announced a day after the U.S. government imposed visa restrictions on Chinese government and Communist Party officials it believes responsible for the detention or abuse of Muslims in Xinjiang.

U.N. experts and activists say at least 1 million Uighurs, and members of other largely Muslim minority groups, have been detained in camps in the remote region.

Beijing denies any mistreatment at the camps, which it says provide vocational training to help stamp out religious extremism and teach new work skills.

U.S. Senator Marco Rubio, who has been seeking to spotlight both the easy access that Chinese companies have been given to U.S. markets and human rights abuses in Xinjiang, said the government`s move had been long overdue. "We should continue to do more to hold Chinese government and Communist Party officials accountable for potential crimes against humanity being committed in Xinjiang," he said in a statement.

"PUTTING THEMSELVES AT RISK"

In recent years, Chinese and some foreign investors have poured money into startup technology firms that specialize in facial and voice recognition software, as well as other surveillance equipment and software. They have been buoyed by China`s plans to build a ubiquitous CCTV surveillance network.

Another company being added to the U.S. government`s blacklist," SenseTime, is among the world`s most highly valued artificial intelligence firms and counts marquee U.S. technology investors Tiger Global and Silver Lake Partners among its backers. Fidelity, the U.S. mutual fund firm, is also a SenseTime investor, along with Qualcomm.

Risk consultants say that investors and underwriters have jumped into the sector without fully assessing the dangers both to their reputations and to the valuations of the companies concerned.

"There has been a dearth of adequate due diligence performed on these companies from both national security and a human rights perspective," said Roger Robinson, president and CEO of Washington DC-based risk consultancy RWR Advisory Group, and a former senior director of international economic affairs at the National Security Council.

He said that investors and others involved with these Chinese companies "may well be putting themselves at risk."

"There will be a judgment call as to whether any US investor would want to be associated with such businesses," said Rocky Lee, managing partner of the Silicon Valley office of law firm King & Wood Mallesons. "I believe you will see some `quiet` exiting by US funds and possibly LPs, at least those U.S. investors who feel strongly that owning companies engaging in these activities are either immoral or politically incorrect."