The gourmet retail to real estate major, Godrej Group and hospitality chain, Lalit Hotels have been listed among other multinational companies to introduce United Nations Human Rights LGBTI standards at its workplace. 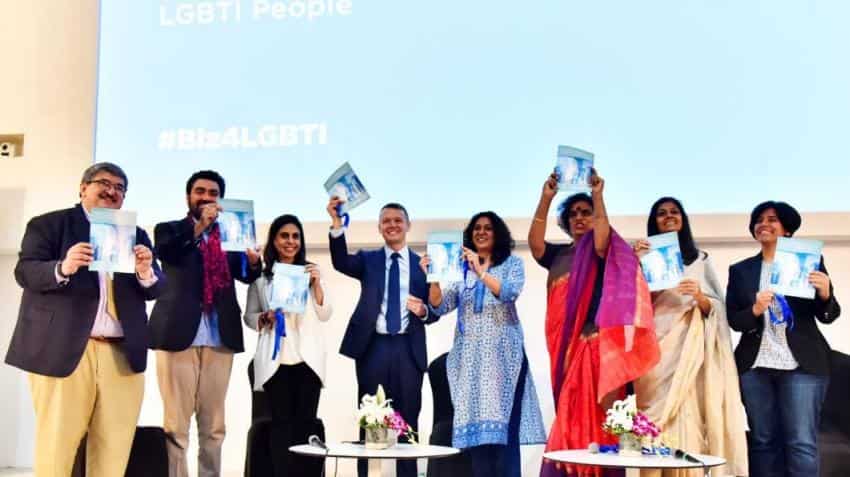 UN Human Rights Officer, Fabrice Houdart, tweeted out the list on Sunday night asking other companies to ‘Join the movement.’

Godrej with over 57,000 employees is the only Indian company to have adhered to these standards of the UN Human Rights initiative.

While Lalit Hotels with a total of 3,500 employees have also introduced the same.

The 32 companies that have endorsed the @UNHumanRights #LGBTI Standards of Conduct 4 Business #biz4LGBTI since they were launched on sept 26 in New York represent more than 2,8 million employees. #Standup4HumanRights #bizhumanrights #UNForumBHR Join the movement ! pic.twitter.com/dBSMcA3fT3

Only a handful of companies the world over have implemented these norms that prevent harassment of individuals based on their sexual orientation.

Godrej and Lalit Hotels partnered with the United Nations to launch global standards for businesses to tackle discrimination against LGBTI people at work in October 2017.

The Lalit Group is one organisation that has implemented pro-LGBTI policies.

"The Lalit as a group refuses to judge and welcomes all with open arms. The group has undertaken several initiatives in the past to bring the LGBTQI community into mainstream society. Their latest endeavour in this regard is the launching of the LGBTQI brunches at Alfresco," the company said in a blog post dated October 23.

“Change has to be from top down. There are enough leaders who can bring about a change but they don’t,” Keshav Suri, Managing Director, Lalit Hotels was quoted in a report by The Hindu.

“Diversity and inclusion are very important to us at Godrej, and it is a matter of great pride and honour for us to partner with the United Nations in launching these corporate standards," the company said in a release dated October 12.

In 2015, the gourmet retail to real estate major introduced ‘an inclusive culture to accept LGBTI colleagues,’ under the guidance of the then Director of the company, Nisaba Godrej.

In October this year, Nisaba took over from Adi Godrej, her father, as Chairperson emeritus of the Godrej Consumer Products Ltd.

Nisaba has been prompt in expressing her support for the LGBTI community.

“At Godrej, we strongly believe that each one of us is unique and we can only truly flourish when we can be our 'whole self ' at work... I would be proud if we create a culture where our LGBT colleagues can be comfortable being 'out' at work and every single one of us is inclusive and respectful of it," an email dated May 2014 from Nisaba to her colleagues read.

Besides Godrej and Lalit Hotels the other companies that were listed were – Accenture with 425,000 employees, Aviva, Coca-Cola and Google.

The United Nations has been fighting for free and equal treatment of Lesbian, Gay, Bi-sexual, Transgender and intersex, which spells out the acronym - LGBTI, community since earlier this year.

The UN unveiled standards of conduct for business protocol in September 2017 which entailed pro-LGBTI business ethics.

My vision is to bring a double-digit volume growth for GCPL: Sudhir Sitapati, MD and CEO