GM signals no change of plans despite Trump criticisms

Leaders of the big three US auto makers have all spoken at the Detroit auto show about how President-elect Trump might impact the industry, but the third, from GM, offered the most business-as-usual message. 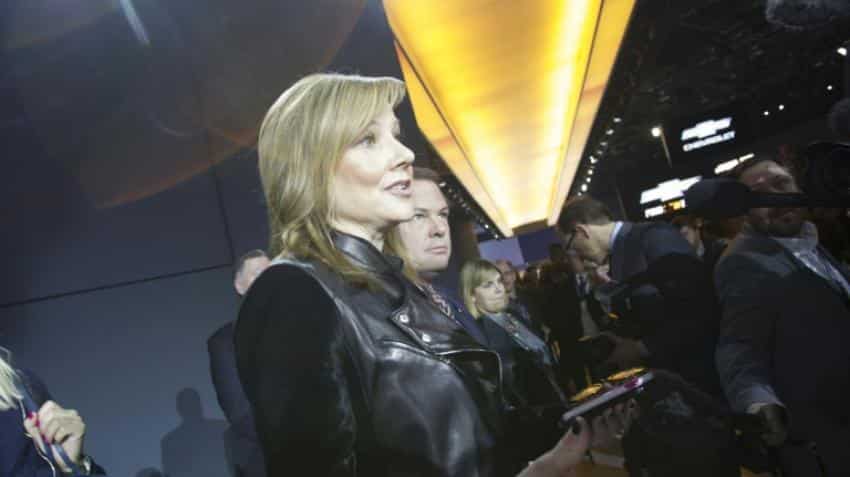 Leaders of the big three US auto makers have all spoken at the Detroit auto show about how President-elect Trump might impact the industry, but the third, from GM, offered the most business-as-usual message.

Trump has slammed American car makers Ford, Fiat Chrysler and GM`s Chevrolet brand for manufacturing cars in Mexico to export to the US market, threatening them with import tariffs. He also has blasted free trade agreements.

Ford boss Bill Ford and Fiat Chrysler chief Sergio Marchionne offered their views Monday, at the start of the important auto industry showcase. Ford said Trump has been receptive to industry concerns, while Marchionne was taking a wait-and-see approach but planning no additional Mexico investments for the time being.

GM chief Mary Barra was the last to be heard on Tuesday and she held firm to her plans for the biggest of the US auto makers. She refused to speculate on whether a new White House may require the company to alter course -- particularly with regard to investments in Mexico.

GM`s Chevrolet Cruze was the target of Trump`s Twitter attack a week ago, but Barra said only that she looked forward to conversing with the Republican president once he takes office on January 20.

"We`re going to have an active voice as trade policy changes or evolves, but the foundation of our strategy is to build where we sell," she told reporters.

GM, which includes four American brands -- Chevrolet, Buick, Cadillac and GMC -- has production plants in Mexico and even announced Tuesday that the new version of the GMC Terrain, an SUV currently produced in Canada, will be made in Mexico.

"These decisions were made two and three years ago" and involve "big investments," Barra said.

Trump`s applauded the other two American auto makers when they touted plans for US investments in recent days.

Ford scrapped plans to open a new $1.6 billion factory in Mexico, to instead invest in a US plant, and Fiat Chrysler said it was creating 2,000 US jobs by investing in factories in Ohio and Michigan.

"Thank you Ford & Fiat C!," Trump tweeted Monday as the auto show officially opened to industry insiders and the press.

"We owe a lot to this country," Marchionne said to a room full of reporters, and it would be "foolish" for his company to make any additional investments in Mexico, pending more information from the incoming administration about its trade plans.

Ford said he had "frequent" conversations with Trump about topics ranging from trade policy to corporate taxes.

"He`s very accessible, very easy to talk to," Ford said. "I found him to be very informed and very respectful of our position."

Barra said she, too, expected to have the administration`s ear as it takes power and begins work on its to-do list.

"When I think you look at our industry, and General Motors specifically, of how much we already contribute to jobs, we think that voice will be heard as any policy is set," Barra said.

GM also said it would ramp up its global volume of crossovers, trucks and sports utility vehicles, models which accounted for approximately 60 percent of all US auto sales last year.

The category will account for 52 percent of the car giant`s global volume of vehicles by 2020, GM announced.