No. 1 U.S. automaker General Motors Co on Tuesday gave an upbeat profit outlook for 2017 that was significantly above Wall Street forecasts, countering analysts’ concerns that the U.S. car industry peaked in 2016 after several years of record or near-record sales, sending its shares up nearly 4 percent. 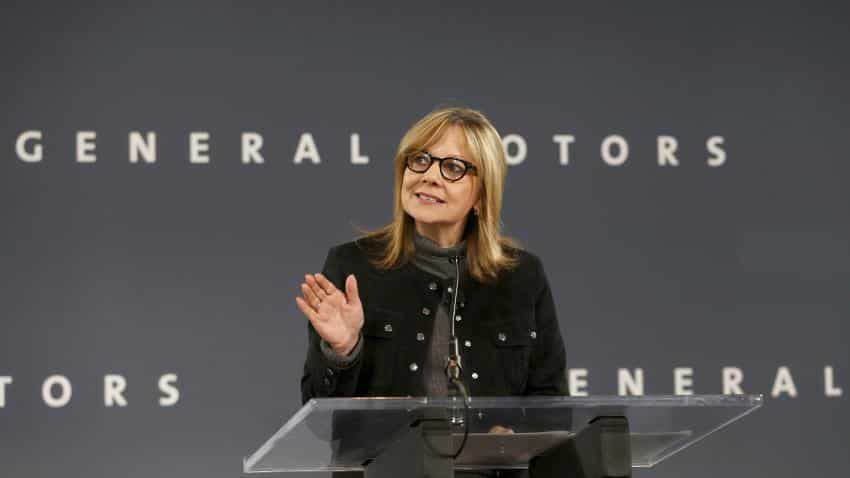 No. 1 U.S. automaker General Motors Co on Tuesday gave an upbeat profit outlook for 2017 that was significantly above Wall Street forecasts, countering analysts’ concerns that the U.S. car industry peaked in 2016 after several years of record or near-record sales, sending its shares up nearly 4 percent.

GM said it expects its earnings for 2016 at the high end of its previous forecast and that profits will rise 2017.

"We see from a (U.S.) macroeconomic point of view pretty robust underpinnings for another good year, absent some external shock to the system," GM president Dan Ammann told reporters at a press conference.

The Detroit-based automaker said it expects 2017 earnings per share in a range of $6 to $6.50. Analysts have, on average, predicted the company post EPS this year of $5.76, according to Thomson Reuters I/B/E/S.

Over the next three years, GM said that more profitable crossovers, trucks and SUVs that have dominated sales for several years due to lower gas prices, will "increase significantly" to 52 percent of GM sales volumes from 2017 to 2020, versus 38 percent over the previous six years.

The company also announced a $5-billion increase to its share buyback programme and additional planned cost savings of $1 billion. The increase in GM`s 2017 EPS will in part reflect the impact of the increased share repurchase programme.

GM executives said, by 2019 the company expects $2 billion in pre-tax profits from its financial arm, its parts business and its new mobility ventures including OnStar and Maven.

The company said it should generate about $6 billion in free cash flow in 2017.

The automaker’s bullish forecast comes at a time when the industry has been emphasizing investments in the United States following attacks by President-elect Donald Trump for building vehicles in Mexico.

Fiat Chrysler Automobiles announced on Sunday it would spend $1 billion to retool factories in Ohio and Michigan to build new Jeep sport utility vehicles, as well as a pickup truck, and potentially move production of a Ram heavy-duty pickup truck to Michigan from Mexico.

Last week, Ford scrapped plans to build the $1.6-billion Focus plant in Mexico and said it would invest $700 million in a factory in Michigan.

When asked about the company’s plans for investments in Mexico, GM CEO Mary Barra said she could not comment, but emphasized a willingness to cooperate with the incoming Trump administration.