Gionee had roped in actor Alia Bhatt as it’s brand ambassador a few months ago and Virat is joining her. 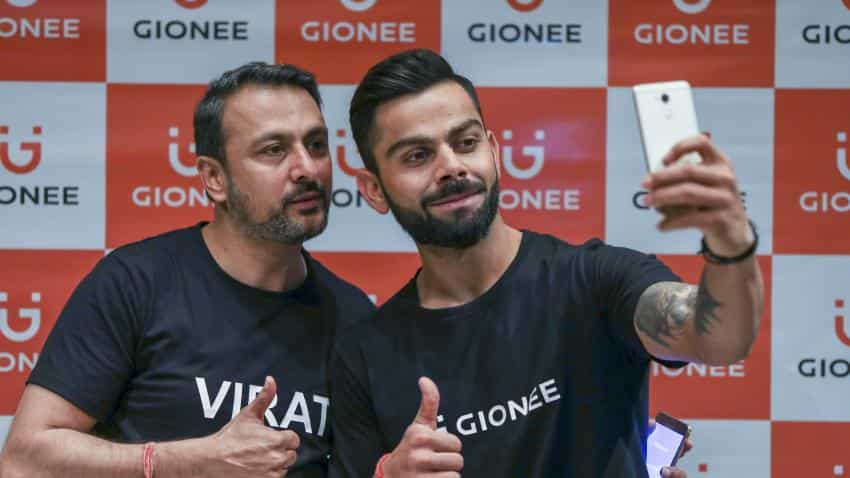 Gionee on Monday announced cricketer and the Captain of the Indian Cricket Team Virat Kohli will become their new brand ambassador. Virat will soon be seen in the upcoming campaign of Gionee, and will also be actively involved in a host of innovative marketing and customer experience initiatives of the brand.

Gionee had roped in actor Alia Bhatt as it’s brand ambassador a few months ago and Virat is joining her.

It also said that it has managed to get 1.20 crore customers in India.

“Gionee, operating through its two manufacturing units in India and continuously beefing up its brand and marketing initiatives will be aiming for a growth of 2.5 times in 2017. Gionee will also be establishing 500 brand stores in India along with doubling their strength of retail representatives to 20,000,” the company said in a release.

The company grew twice as much as the last fiscal year and has ambitious targets for this year as well, it said. It undertook several strategic steps in recent times to further consolidate it’s position. It rolled out a global re-branding exercise with a new logo and tagline, “Make Smiles” along with signing on an MoU to put up it’s own manufacturing unit in India.

On the partnership, Arvind R Vohra, Country CEO & MD, Gionee India said, “ India is one of the fastest growing young economies in the world and Gionee takes immense pride in having India’s biggest youth icons Virat Kohli and Alia Bhatt as its brand endorsers. With the two of the most loved icons in India our motto of Making Smiles is bound to create a new benchmark across billions of young hearts.”

On the association, Indian Captain Virat Kohli said “I play my game with dignity and passion and apply the same rule in choosing my partnerships. Gionee comes across as a brand that is fueled by passion, determination and focus to innovate and perform and with all of this have it’s heart in the right place by giving back to society. Thus, I feel and believe that this association will go a long way. I am very excited to start this journey with Gionee.”

Gionee has been ever expanding it’s visibility through leading Indian personalities and platforms that appeal to youth, be it Sports, Movies or Music. It has been steadily sponsoring IPL Cricket team Kolkata Night Riders, Football Club Shillong Lajong, and Pro Kabaddi League for the last few years.