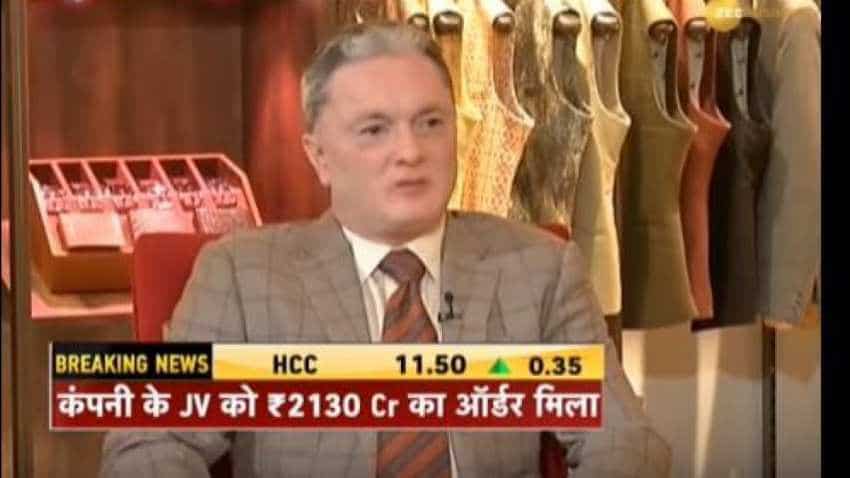 Gautam Singhania has stepped down as the chairman of Raymond Apparel Ltd, paving way for Nirvik Singh to take charge as the Non - Executive Chairman of the company. Image source: ZeeBusiness
Written By: ZeeBiz WebTeam
RELATED NEWS

Quality is the DNA of Raymond; we offer best at any price point: Gautam Singhania

Gautam Singhania has stepped down as the chairman of Raymond Apparel Ltd, paving way for Nirvik Singh to take charge as the Non - Executive Chairman of the company, the firm informed the BSE today. Singhania, however, will continue to remain on the board of Raymond Apparel, an official statement said.

Commenting on the appointments, Gautam Hari Singhania, Chairman & Managing Director, Raymond Limited said; "I have always believed in setting the highest standard of governance and have always advocated to run the business professionally. I am delighted that Nirvik Singh has been appointed as the Non- Executive Chairman of Raymond Apparel Limited and I am sure that the company will benefit tremendously under his able leadership. I also welcome Anshu Sarin and Gautam Trivedi as new board members of Raymond Apparel Limited."

Nirvik is a 27 -year marketing and communication industry veteran and is currently the Chairman & CEO, Asia Pacific, Middle East, and Africa of Grey Group Asia Pacific. He began his career with Lipton India, a Unilever company and became the head of Grey Group India at the age of 33. Nirvik joined the Board of Raymond Apparel Limited in July 2011 and has since remained as an Independent Director on the Board.

Anshu Sarin is the Chief Executive Officer of Berggruen Hotels and plays a central role in growing and expanding the Keys Hotels business across India. Anshu is a qualified Hotel Management graduate from IHM Pusa and holds an EMBA degree from S.P Jain Institute.

Gautam Trivedi is the Co-Founder & Managing Partner of Nepean Capital. Gautam has over 26 years of experience in the Indian and Asian financial industry. He was the CEO of Religare Capital Markets, one of India's leading Mid & Small Cap focused Investment Banks.

Quality is the DNA of Raymond; we offer best at any price point: Gautam Singhania