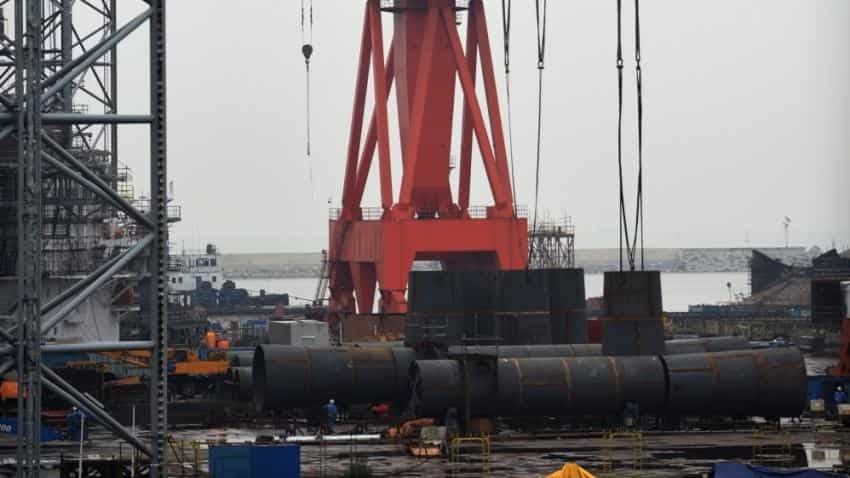 A fight has broken out between state-owned gas utility GAIL India Ltd and Gujarat government entity GSPL over who should transport natural gas ONGC will produce from its KG basin gas fields.

While GAIL wants to lay a small 13.6-km line from Odalarevu in Andhra Pradesh - the landfall point of ONGC's Bay of Bengal gas - to connect to its existing pipeline grid in the region, GSPL India Transco Ltd wants to lay a 50-km line to take the gas to its proposed Mallavaram-Bhopal-Bhilwara- Vijaipur cross country pipeline (MBBVPL).

State-owned Oil and Natural Gas Corp (ONGC) has over a dozen natural gas discoveries in Bay of Bengal which it plans to put them to production in phases. Gas from offshore is to be brought to Odalarevu from where it is to be taken to users through existing gas transporters. GSPL India Transco Ltd (GITL) on June 29 wrote to PNGRB saying it "is soon going to develop a pipeline connecting, MBBVPL and ONGC Odalarevu terminal".

It said gas sources in KG basins were considered part of gas sourcing plan when MBBVPL was conceived and authorised by the Petroleum and Natural Gas Regulatory Board (PNGRB) in 2011. The Rs 8,086 crore MBBVPL was to be commissioned by December 2017 but the project has not yet taken off because of lack of gas source.

"You would appreciate that MBBVPL is the least cost option to transport gas from ONGC KG basin to central, western and northern regions of India owing to its tariff being most competitive," GITL wrote.

A special purpose vehicle promoted by Gujarat State Petronet Ltd (GSPL) where IOC, BPCL and HPCL hold minority stakes, GITL said it has been in discussion with ONGC on the issue. "ONGC is keen, and has requested GITL to establish connectivity between MBBVLP and ONGC", it said, adding that it would be achieved by December 2018.

GAIL, on the other hand, has contested GITL's assertion that ONGC's S1 deep water and S1-VA fields in Bay of Bengal were ever marked as gas sources for MBBVPL.

"It is doubtful whether the operator ONGC themselves knew about it. As a mater of fact, ONGC has already invited competitive bids for sale of gas from the said fields and there seems to be no restrictions imposed in it sating that the gas available from these fields would have to be evacuated/transported only through MBBVPL," GAIL wrote to PNGRB.

It said ONGC had on June 21, 2017 written to PNGRB seeking GAIL to lay the tie-in connectivity from its S1-VA fields (ex-Odalarevu).

"ONGC has also stated that neither ONGC nor GAIL can afford any delay in the tie-in connectivity approval process and has specifically requested PNGRB to expedite the approval of the GAIL's tie-in connectivity from ONGC's SA-VA fields. So GITL's claims, otherwise, are not supported by ONGC," GAIL said.

GAIL said its KG basin pipeline is already in existing pipeline which clearly is not the case with GITL's MBBVPL. PNGRB is yet to give its authorisation to either of the two.