From time of listing to reaching an all-time high, RBL bank has made it large 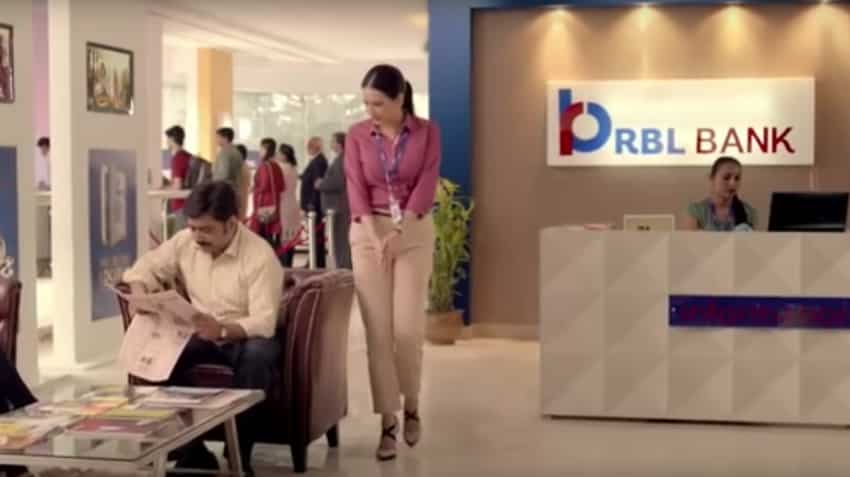 Almost all stocks closed on a positive on this index, but there was one stock which touched an all-new high.

Shares of RBL Bank reached an all time-high at 599-mark on Monday – this has more than doubled since the time the bank got listed. Shares of RBL closed Rs 587.50 a piece higher by 30 points or 5.52% on BSE.

With reaching new highs, the bank has now entered into the list of India 10 most valuable banks.

Not only this, RBL has given over 100% returns on its stock in just 7 months of listing - highest compared to it's peers which has given returns in the range of 18% - 82%.

On August 31, 2016, RBL Bank got listed at a premium of 33% on Indian stock exchanges, after receiving strong response in its initial public offering (IPO). The bank raised over Rs 1,213 crore after receiving demands for over 69 times the shares on IPO issue.

Analysts at Motilal Oswal in one of its report has called RBL Bank's business model unique. They said, "RBL has created a niche for itself in the agri-lending space, whereby, it caters to the entire supply chain in this segment (following a needs based approach – tractor, irrigation loans, warehousing facilities)."

They have added, "We believe the bank has cracked the right business model in a difficult (yet rewarding) segment, evidenced by agri NPAs of just 0.6% (as against banking system NPAs of >5%). RBL is treating the acquisition of large corporate as the means to gain access to their vendor base and high quality salaried accounts. Moreover, the bank realizes the importance of early stage acquisition of high quality SMEs."