In a candid chat with students at his alma mater IIT-Kharagpur on Thursday, Google CEO Sundar Pichai recalled his days at the institute, his love life and also his interview with the internet giant even as he urged them to take risks and experiment with different things in life. 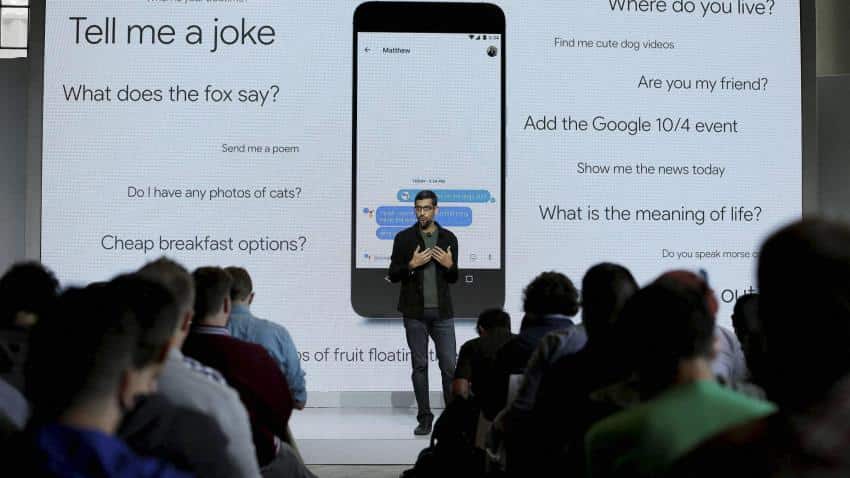 In a candid chat with students at his alma mater IIT-Kharagpur on Thursday, Google CEO Sundar Pichai recalled his days at the institute, his love life and also his interview with the internet giant even as he urged them to take risks and experiment with different things in life.

Pichai doled out unconventional advice to the students on Thursday when he visited the campus after 23 years.

In his addressing at the packed open air theatre, he told them to pursue their passions, take risks, and be creative.

"Academics is important but it is not as important as it`s made out to be. There is a lot of pressure to follow a set of rules throughout your career (in India). When you are in high school you think of college. I get very surprised that people get into the IITs and immediately they are thinking about IIMs and so on. It is so important to get real world experience and be well-rounded," he said, adding that entry to elite institutions is "important but that doesnt guarantee success. What matters most is loving what you do".

Egged on by the students, Pichai revealed his other side: like any other student he too bunked classes.

"Of course, (I used to bunk morning classes). I think it is the rites of passage when in college. I have to say I worked hard but we did have our share of fun as well," he said to loud cheers.

Pichai, who met his wife Anjali at the IIT campus, also highlighted how difficult it was to communicate with girls at their separate hostel.

"You had to walk in the front and request someone to call them. And they`d go in and loudly say - Anjali, Sundar is here. It wasn`t exactly a pleasant experience," he said.

Pichai, who joined Google in 2004, said he was interviewed on April Fool`s day.

Quizzed on Gmail at the interview, which had just been introduced by the company, Pichai initially thought it was a prank.

"So, I remember doing my interviews during the day and people kept asking me what do you think of Gmail, but I didn`t have a chance to use it and I thought it was a April Fool`s joke.My first three interviews, I couldn`t answer well because I hadn`t used the product. In my fourth interview when someone asked me have you seen Gmail and I said no, he actually showed me the product. And then the fifth interviewer asked what do you think of Gmail and I was able to answer then," he said.

"I still joke sometimes that I got a job because Larry Page didn`t interview me," he said.

Did Pichai get ragged in college?

"It was pretty mellow. I definitely remember when I started (hopefully it has got better by now) we had something called a CG chain which stands for `centre of gravity chain`. As a freshman, you lock your room and go out, then you come back and the room doors aren`t open but everything inside your room has been rearranged. They do it by putting sticks...and all your clothes and rearrange even the furniture. So its quite a shock when you open your room door and walk back in to see your entire room has been rearranged," he said.

His anecdote on how he thought "Abbey saale" was the usual way to address people, elicited the loudest response from the students.

"I came from Chennai. I learnt Hindi in school but never spoke it much. Just listening to how people were speaking, I just thought you address people this way. One day there was someone in the mess and I had to call him. I called him `Abey saale!` In my first couple of weeks, I thought you call people that way," he said.

Pichai connected with the students on the issue of mess food.

"We were made to guess whether what was served was dal or sambhar," he said.

Asked about his GPA, the Google CEO admitted he was too embarrassed to admit his first year`s results, but that he did much better in the last three years.

Pichai also revealed that Infosys founder Narayana Murthy was his ideal during his college days. "I admire people like that who put India on the map," he said.

Asked by a student as to what she`d have to do to replace him, Pichai said: "I would say be careful what you wish for, but would be happy to discuss over a cup of chai."

On whether the Google doodle could be dedicated to IIT-Kharagpur, Pichai said he will send a mail to the team but "chances are less".

Pichai also batted for reducing the cost of entry-level smartphones to $30 and expressed confidence that big, global software companies will start emerging from India in the next five to ten years. He said his organisation is "betting big" on advances in artificial intelligence and machine learning in the coming years.