After the Board meeting on Thursday, Fortis Healthcare’s Independent non-executive director Brian Tempest, who chaired Thursday’s meeting, said, “The Board has approved evaluation of all the binding offers that do not need due diligence. An advisory committee will be headed by Deepak Kapoor, former chairman & CEO of PricewaterhouseCoopers to oversee the evaluation process.” Standard Chartered Bank is the financial advisor to the committee and the Board. 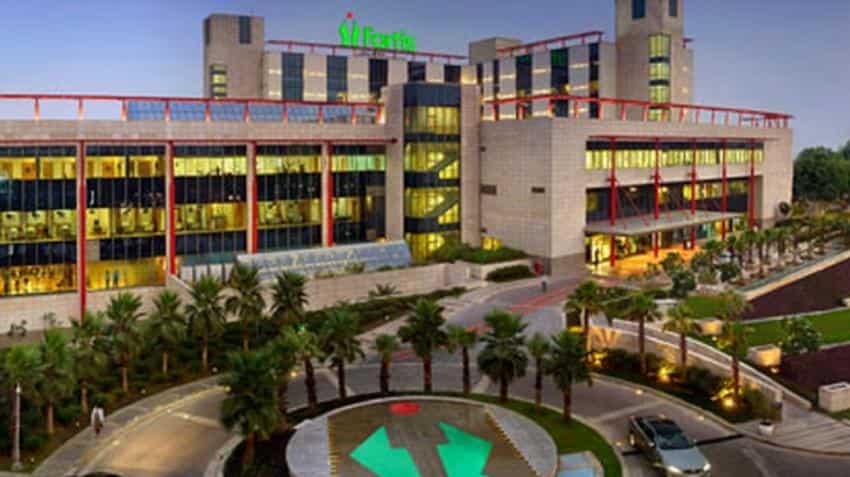 Fortis Healthcare’s Board has rejected two of the four proposals it had received in the last one week, leaving TPG Capital backed Manipal Health Enterprises (MHE) and Hero Enterprise Investment Office-Burman Family Office in the fray. However, the management will find it difficult to push the deal through when it comes up for voting as half of the shareholders are against MHE’s bid. Sources said it won’t be an easy sailing the deal is likely to see a hostile offer attempt by Malaysian IHH Healthcare Berhad, vote by shareholders and Extraordinary General Meeting demanded by East Bridge Capital.

After the Board meeting on Thursday, Fortis Healthcare’s Independent non-executive director Brian Tempest, who chaired Thursday’s meeting, said, “The Board has approved evaluation of all the binding offers that do not need due diligence. An advisory committee will be headed by Deepak Kapoor, former chairman & CEO of PricewaterhouseCoopers to oversee the evaluation process.” Standard Chartered Bank is the financial advisor to the committee and the Board.

The committee will evaluate the proposals and submit a “recommendation report” on April 25 to the management and Board, who are scheduled to meet on Thursday April 26 to take a call.

Post the announcement, Sunil Kant Munjal, chairman, Hero Enterprise, in a statement, said, “We are pleased to note that the Board of Fortis Healthcare has found merit in our offer, which is simple, binding and is the quickest to implement. We believe that our offer is the most compelling, and is significantly better than any other options being explored by the company. We believe that this is the only offer which is in the best interest of all stakeholders of Fortis.”

The two turned down offers are from Hong Kong based Fosun Health Holdings, a wholly owned subsidiary of Fosun International Ltd and by IHH Healthcare Berhad, which were non-binding and subject to due diligence. On Wednesday, IHH Healthcare in its revised bid had offered to infuse Rs 4,000 crore through preferential equity shares not exceeding Rs 160 per scrip. While Fosun’s bid was for Rs 156 per share up to a total investment of $350 million (Rs 2,310 crore).

When asked why the offers demanding due diligence will not be considered, Tempest said already one-and-a-half years have passed in discussing the contours of the deal and the management does not want to spend more time on due diligence. If any new binding offers come in that do not demand due diligence, the company may entertain them.

As a result, it is to be seen if Fosun will make such a move during the next one week. The known institutions and individuals opposed to MHE’s bid are East Bridge Capital, National Westminster Bank (Jupiter Asset Management), Rakesh Jhunjhunwala, Radhakishan Damani.

While sources told DNA Money that a major chunk of foreign institutional investors barring Goldman Sachs are opposed to MHE’s revised offer. These opposing FIIs include MSD India, UBS Principal Capital, Societe Generale, BNP Paribas Arbitrage, Blackrock, etc. Therefore, 44.30% of FIIs are likely to vote against MHE and another 6% comprising Radhakishan Damani and Rakesh Jhunjhunwala too are not in favour of MHE.

Fortis Healthcare needs 75% nod from shareholders for the deal with MHE to get cleared. However, half of the shareholders are against the deal. On Wednesday, EGM was demanded by National Westminster Bank, East Bridge Capital, but a date to hold an EGM hasn’t been decided by the Board that met on Thursday. Tempest said it will be held by the end of May, but didn’t specify if EGM will be held prior to calling for a meeting to put the deal to vote. In case, if vote is sought prior to EGM, there may be demand for the removal of existing Board of directors.

A source said if IHH Healthcare comes up with a better offer having a range of Rs 165-Rs 180, people would tender their shares, thereby putting Fortis in a spot.

A possibilty of MHE and Munjal-Burman sharing the board is not ruled out, sources said.